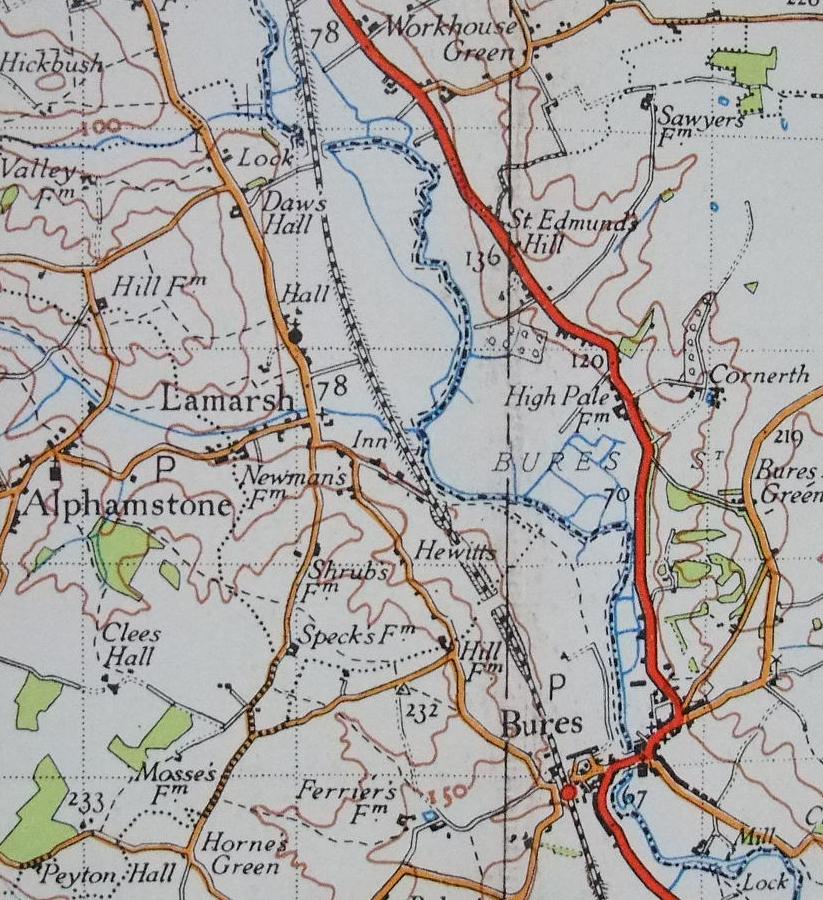 The defences do not seem to be as strong along this stretch of the Command Line as in other parts between Sudbury and Lavenham on which I have already posted some details on. There is only a single line of pillboxes, typically two or three bullet proof pillboxes to every shell proof pillbox. Between Long Melford and Lavenham the typical arrangement is a front line of shell proof pillboxes covering the tank obstacle while the bullet proof pillboxes covered the rear of the front line of pillboxes. This is possibly due to the fact there are no key road / transport junctions on this stretch of the line,as well as the river being a formidable tank barrier with few crossing points Bures and Sudbury. 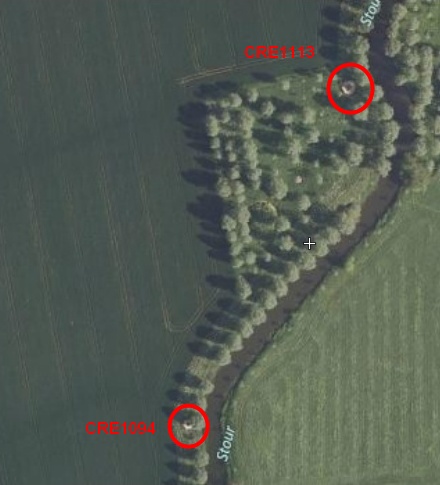 The following images show some of the pillboxes along this stretch of the Command Line, in what is quite a tranquil landscape. The first three images are of the same pillbox. 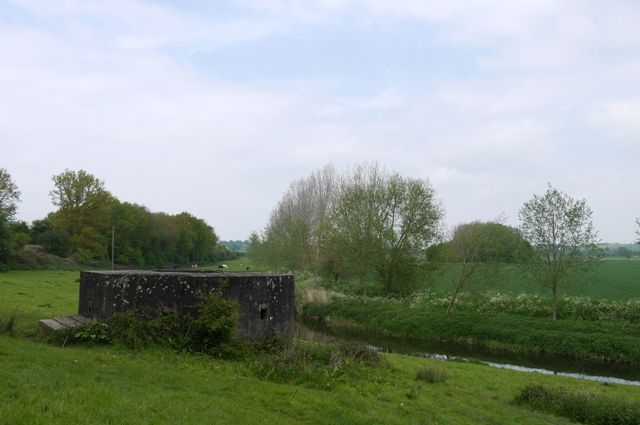 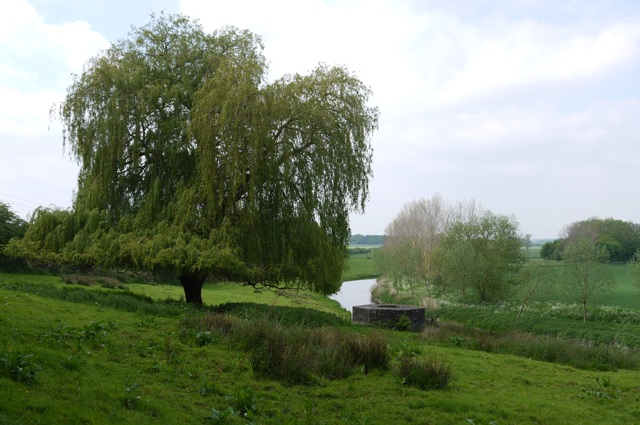 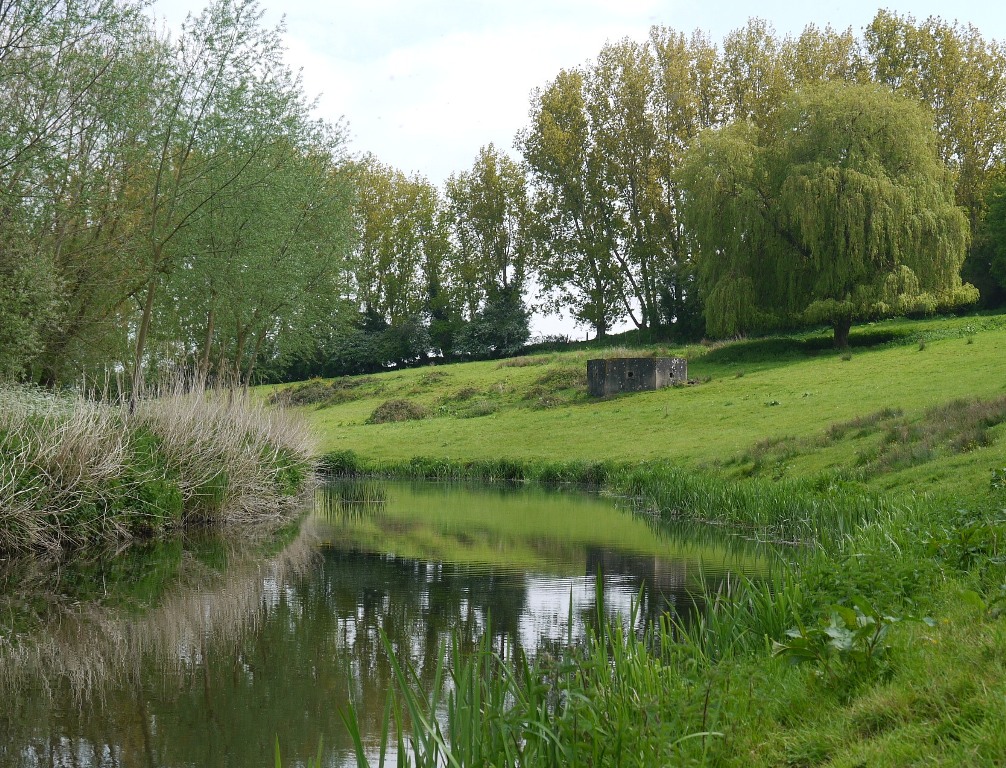 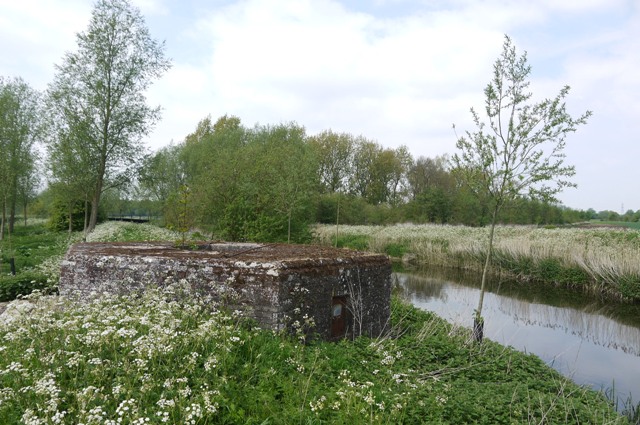 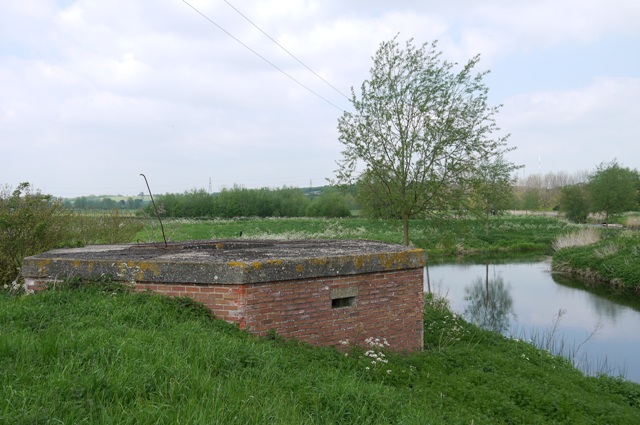 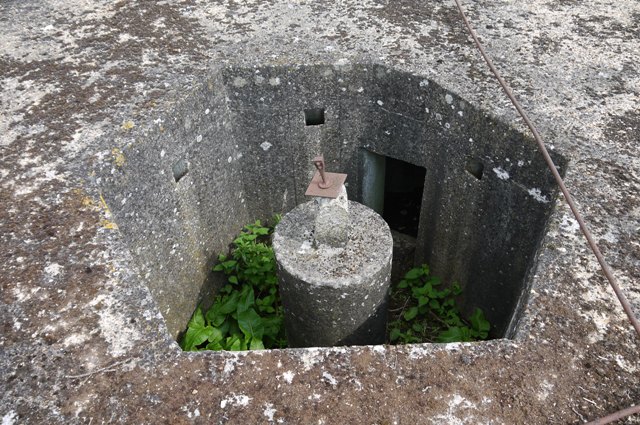 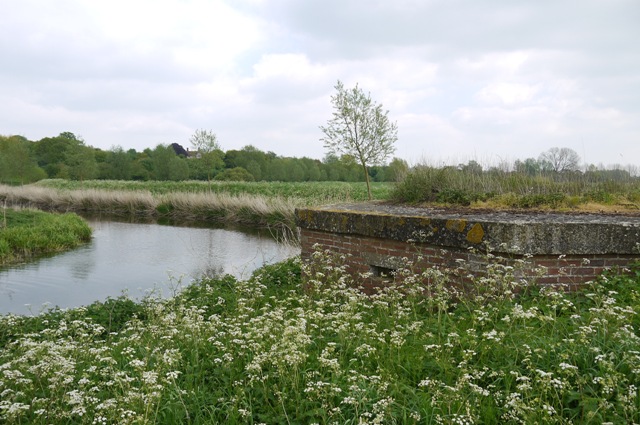 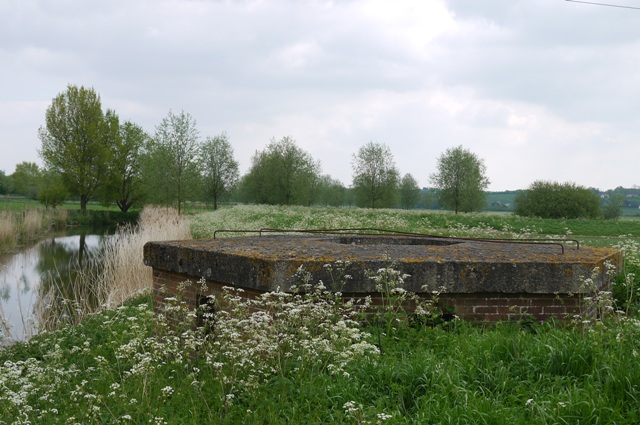 Had a great day this Sunday exploring the Eastern Command Line between Bures and Sudbury, but started off the day by visisting the bent rail block and pillbox at Mount Bures. The Eastern Command Line in Essex ran from the River Colne to Wakes Colne, when it then followed the railway line to Bures and then from Bures it followed the River Stour to Sudbury into Suffolk.

Parking in Mount Bures the first pillbox I came across was a standard CRE 1094 - a bullet proof infantry pillbox with an open central well for a AA mount. It guards a bridge under the railway line. 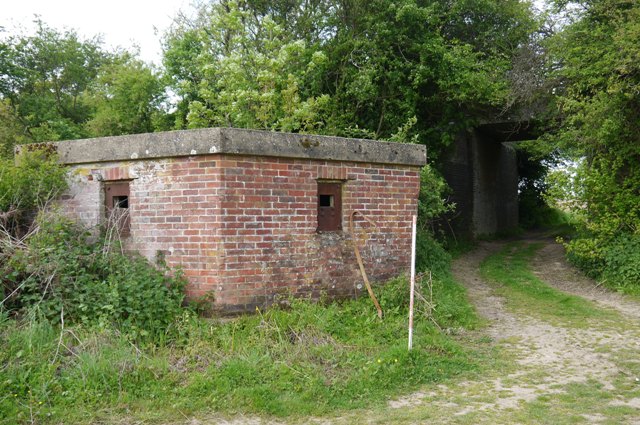 Further along the path  a remarkable survival exists (if a little overgrown!!) in the form of a pillbox complete with bent rail block and concrete tank blocks at a crossing point over the railway line. The bent rails block the crossing on the pillbox side while on the other side of the line, eight concrete blocks in two rows block the crossing. Either side of the block, the railway line is either in a cutting or on a raised embankment. 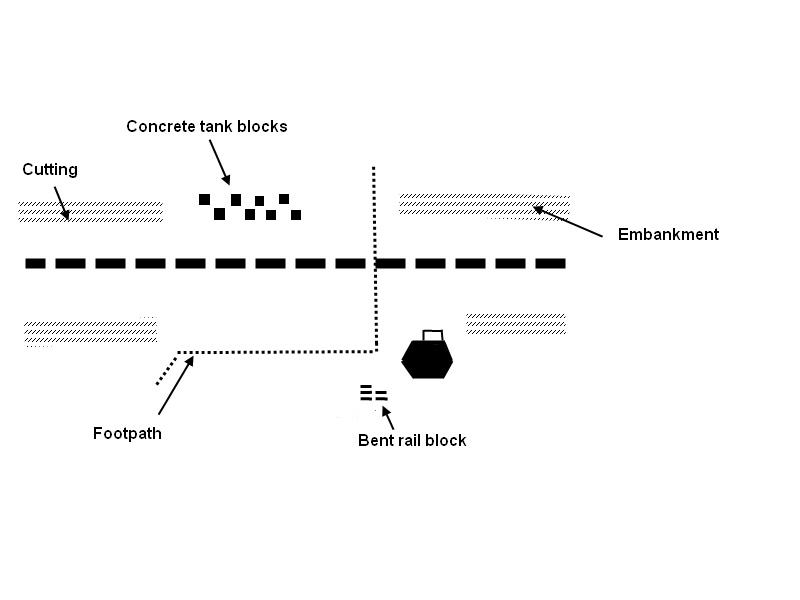 Above:  Sketch of blocks and pillbox covering a crossing at Mount Bures 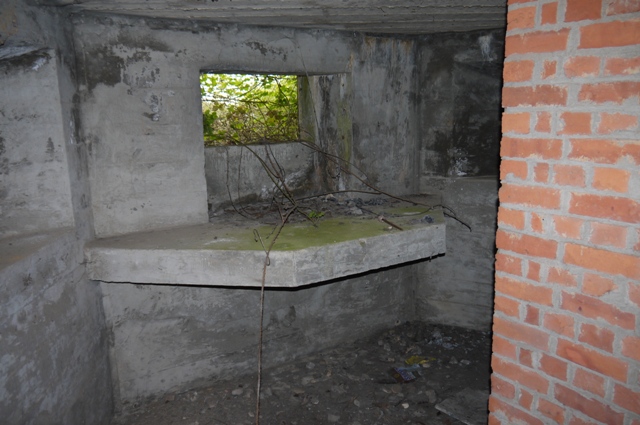 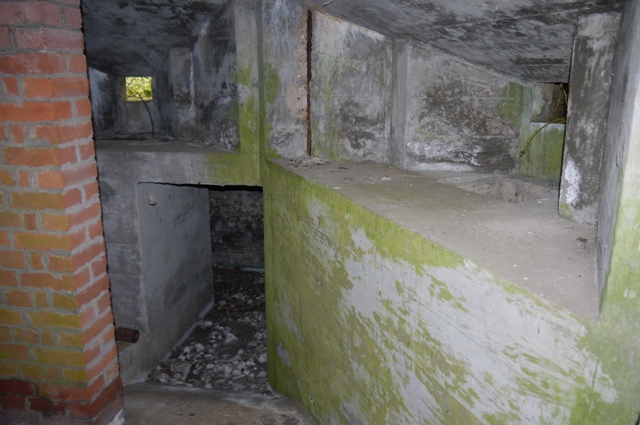 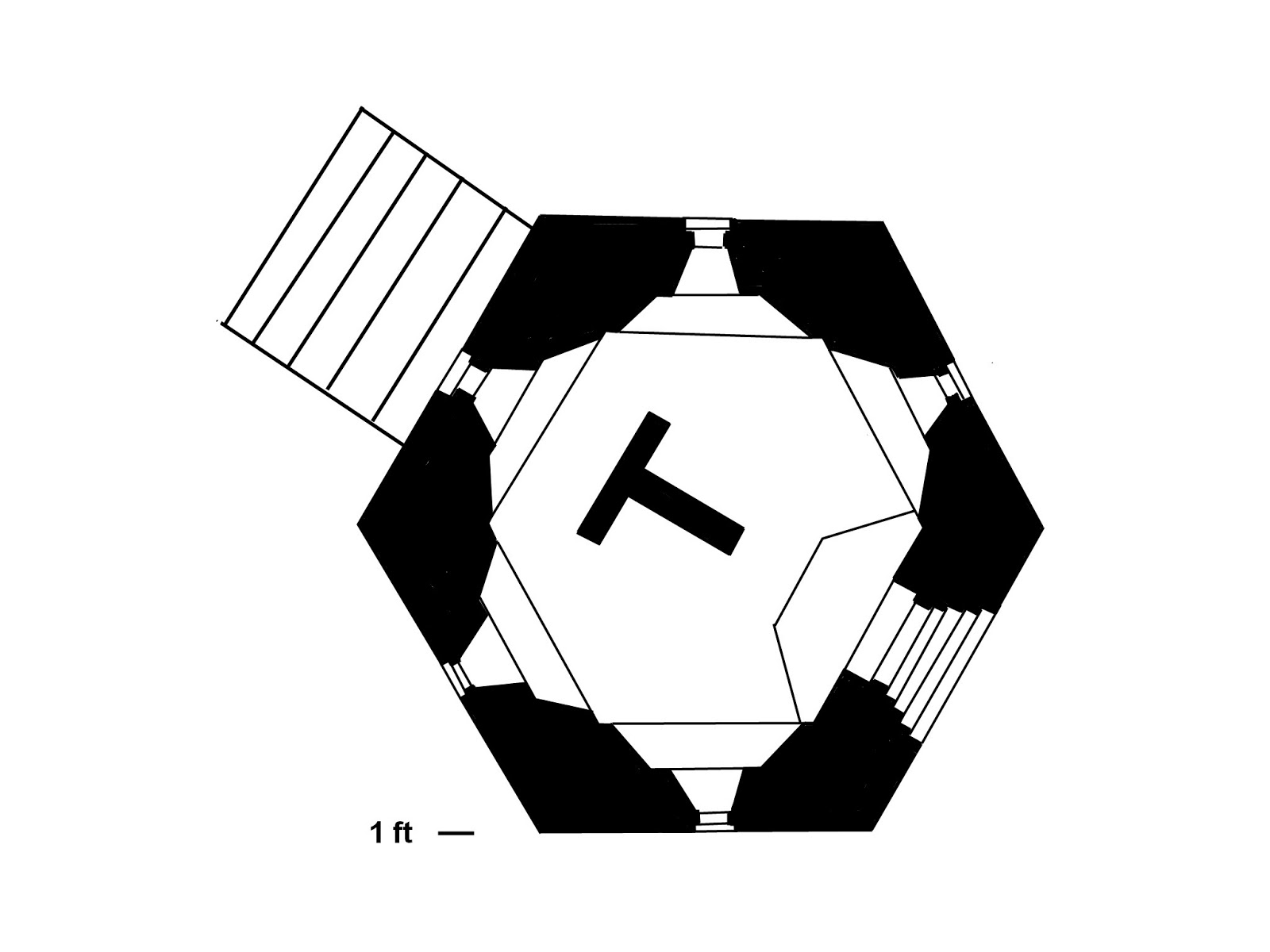 Above: Interior and plan of a unique pillbox for a medium machine gun, Eastern Command Line - Essex 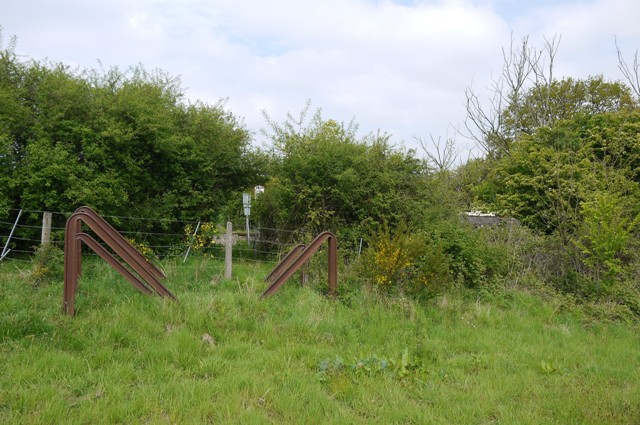 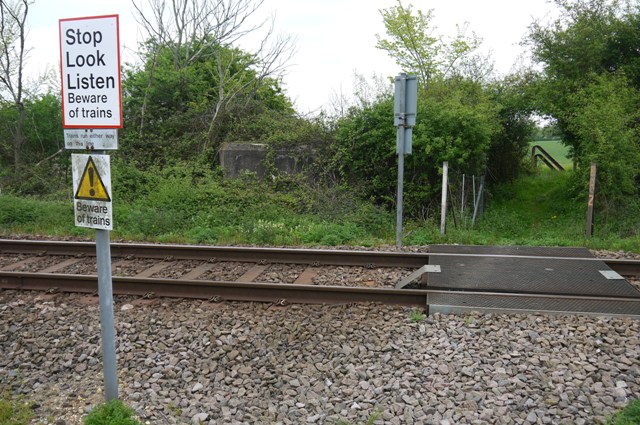 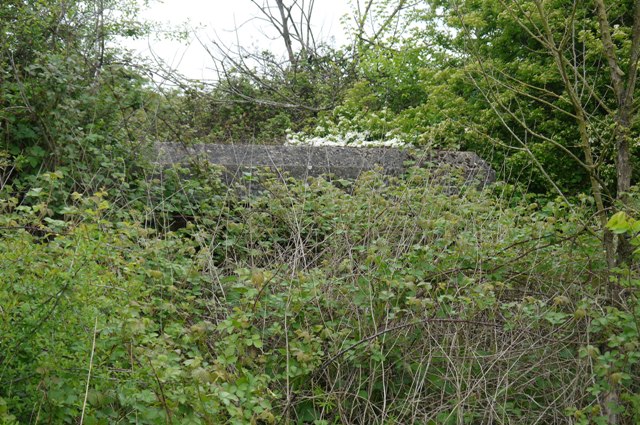 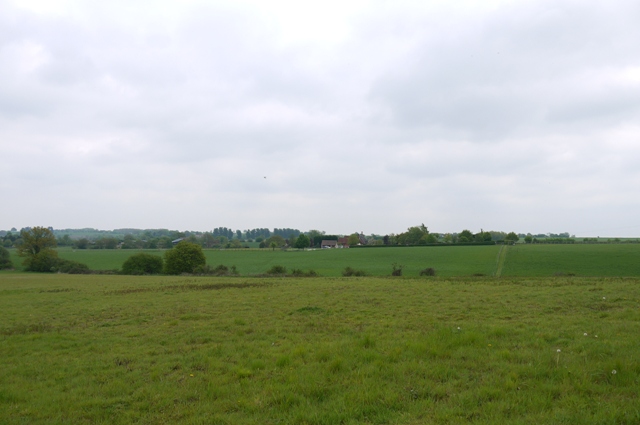 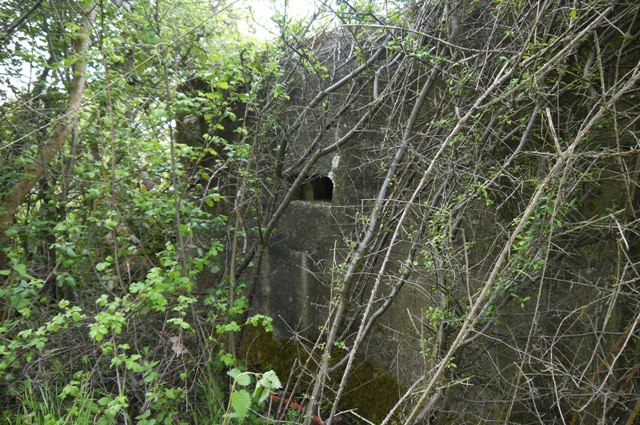 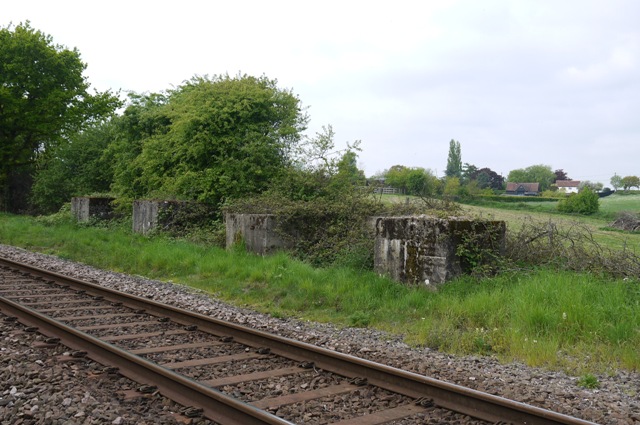 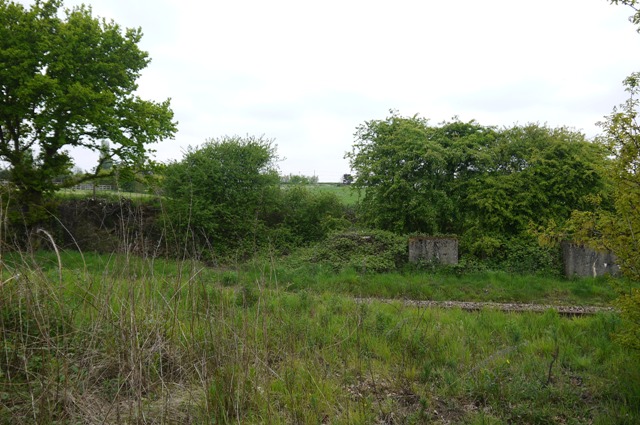 Above: The concrete tank blocks. Note the blocks are covering a gap as to the left of the image it can be seen the railway runs through a cutting.

Moving onto nearby Bures, a Type 22 can be seen covering the bridge over the Stour, on the Essex side. 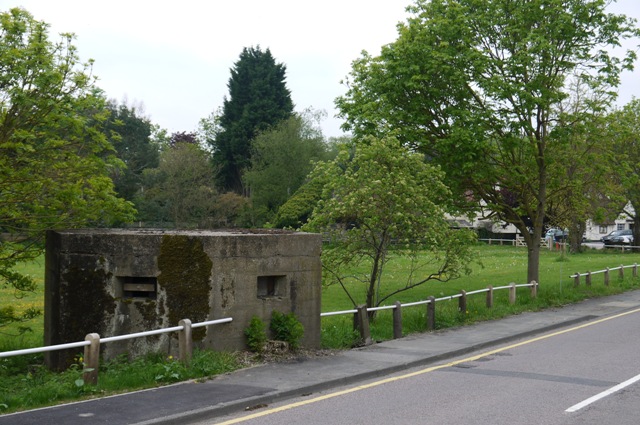 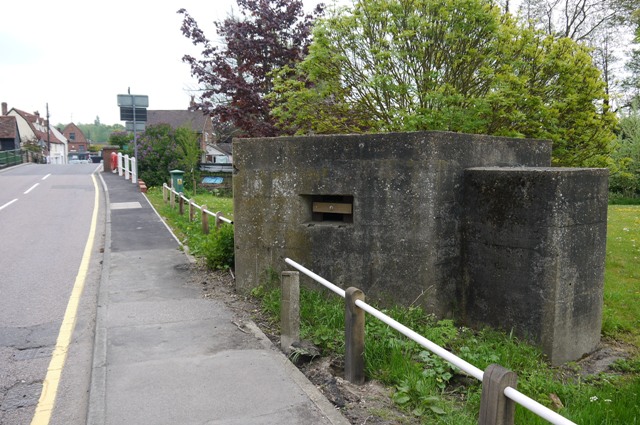 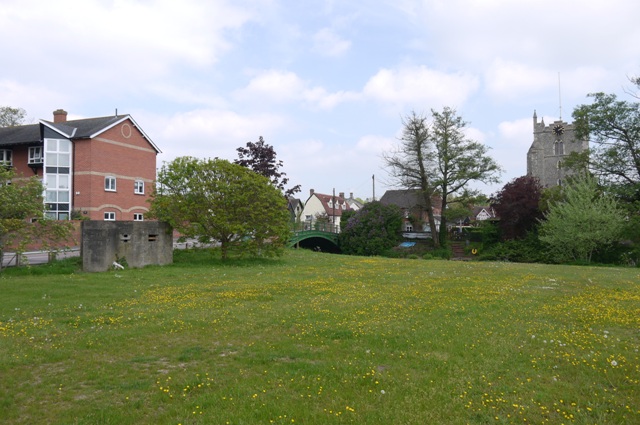 Next post will feature some of the pillboxes from Bures towards Sudbury.﻿
﻿