This Exercise, actually in five parts, was held in the summer of 1943 at the Orfordness Battle Training Area and is of interest as it clearly based on the drill of assault on strongly prepared positions established in Exercise Kruschen: Exercises Hedgehog I-V were held to study the action of an assault group of armoured fighting vehicles, Armoured Vehicles Royal Engineers (AVRE's) and infantry, supported by artillery, mortars and MMG's in the assault on a strongly defended position.

Part I was a  TEWT (Tactical Exercise Without Troops) while II and III where Skeleton Exercises to practice Command and Communications down to troop and platoon level. Parts IV and V were exercises with troops, to practice the attack.

The enemy position was described as:

“The enemy posn consists of hedgehogs manned by coy gps incl Fd and A.Tk Arty, mortars, M.M.G’s and L.M.G’s.  Weapons are sited in concrete and field emplacements and weapon pits.  There are reinforced concrete personnel shelters with 6ft thick walls.

The whole is enclosed in a mine  marsh which includes belts of close spaced mines (A.Tk and A/Personnel) and there are stretches of ditch or wall across the best tk runs.  Each locality is surrounded by a double belt of wire”. 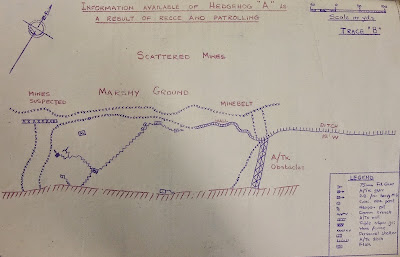 Above: Map of Hedgehog "A", Exercise Hedgehog

The basic drill was to clear lanes through the minefield with flail tanks, when the infantry then fought their way through the enemy position, supported by crocodile tanks. 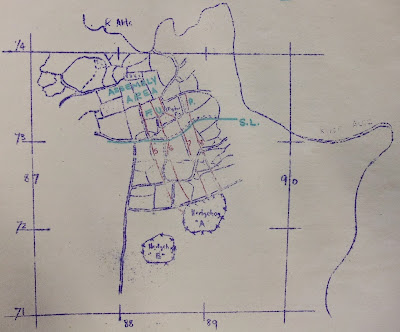 Above: Map of Exercise Hedgehog, showing Assembly Area, Forming Up Point (F.U.P), Start Line and the four lanes of advance

The drill used in these exercises was more or less that used in Europe in 1944. For example, on the assault on Le Havre, the attack opened up with bombing and an artillery barrage to soften up the defences. Flails were used to clear three lanes through the minefield, which then infantry and tanks supported by Crocodiles passed through to deal with individual strongpoints. This technique can be traced back to Brigadier Wale’s drill developed in Kruschen, although at the time he only had the use of snakes to breach minefields and Ronsons instead of Crocodiles; the Kruschen drill involved clearing lanes through the obstacle when troops then fought their way through the hedgehog, supported by Ronsons and Engineers to deal with individual strongpoints. It is interesting to note that on one occasion, the attack on Boulogne, the drill was ‘reversed’, i.e. the infantry were to seize and hold a penetration through the “crust”, heavy bombers in great force being used to make the initial breaches.  The exploitation was then to be carried out by three columns entirely armoured. 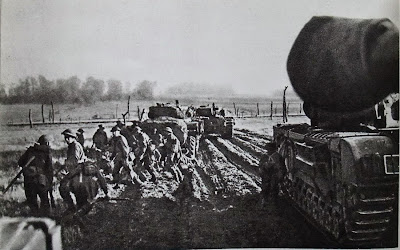 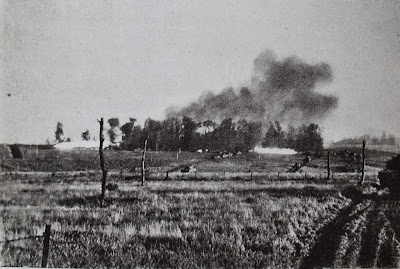 The Exercise is also of interest as it is easy to visualize the landscape where Part IV and V were held. The area for the Orfordness Battle Training Area was chosen well; it was sparsely inhabited, remote, and consisted of good country for tank training. Today it is still reasonably sparsely inhabited, consisting mostly of arable land. When General Hobart was given command of the 79th Armoured Division, he was ordered to continue to develop the drill established in Kruschen, including the construction of replica German beach and inland defences. It is uncertain whether or not replica defences were constructed for Exercise Hedgehog, but if they were nothing remains today. 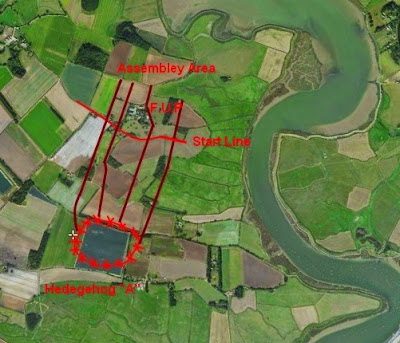 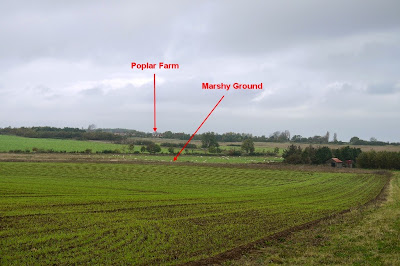 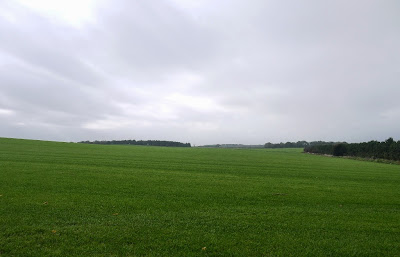