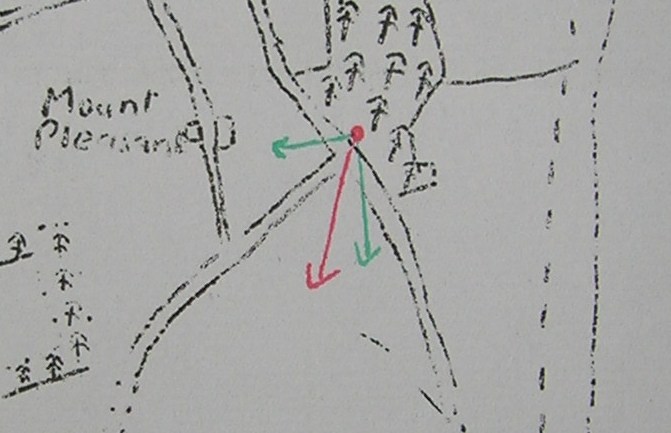 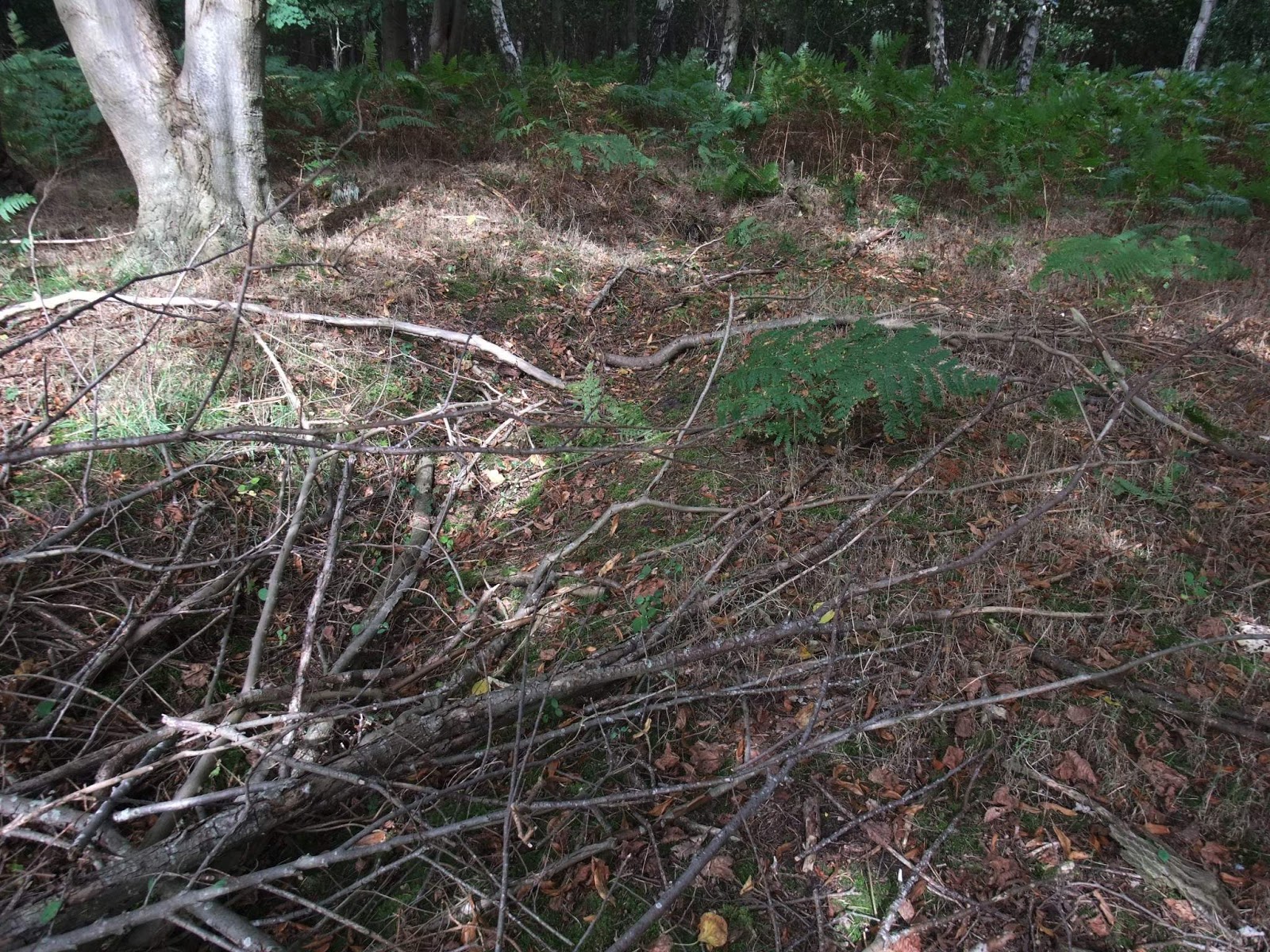 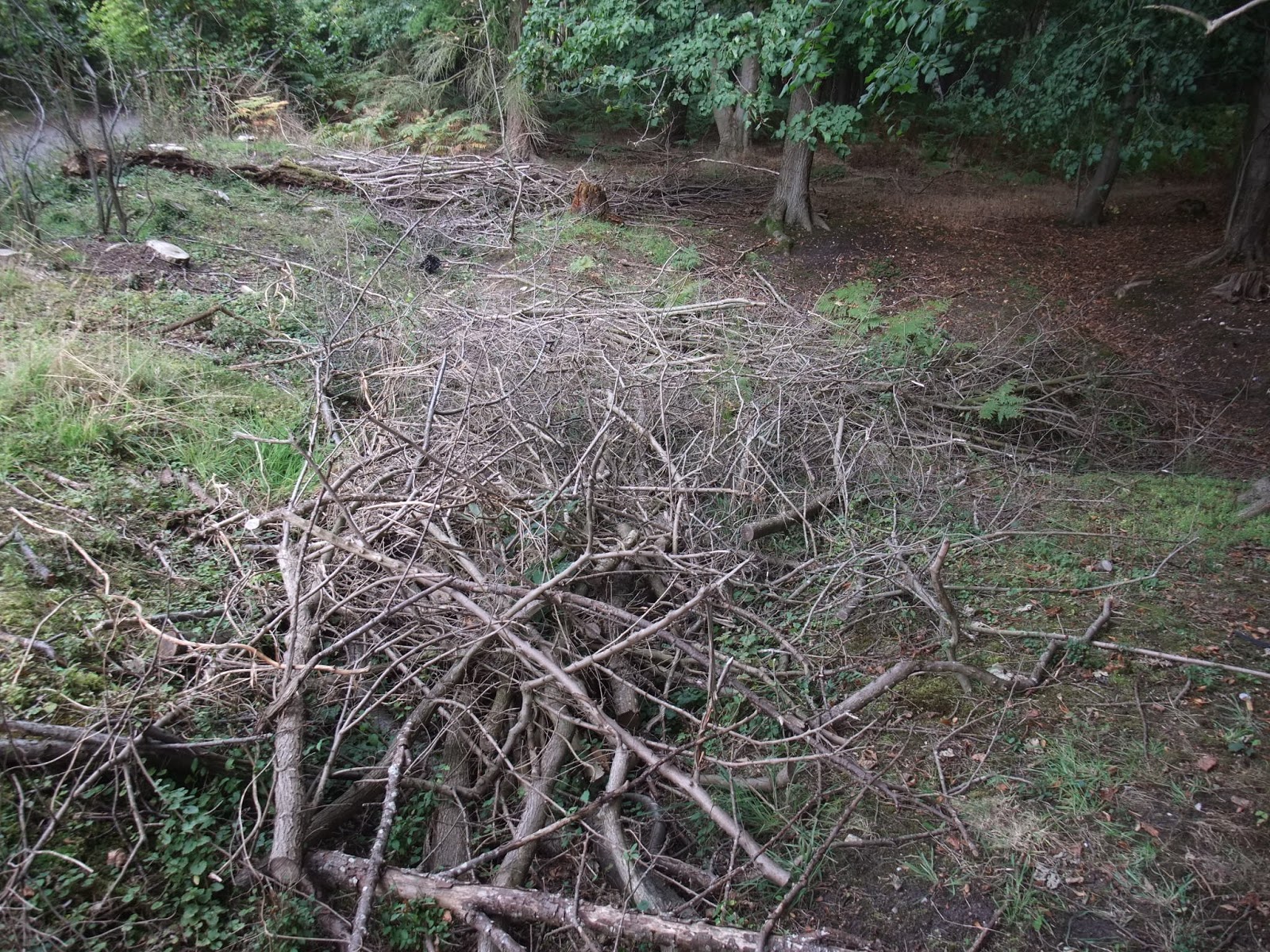 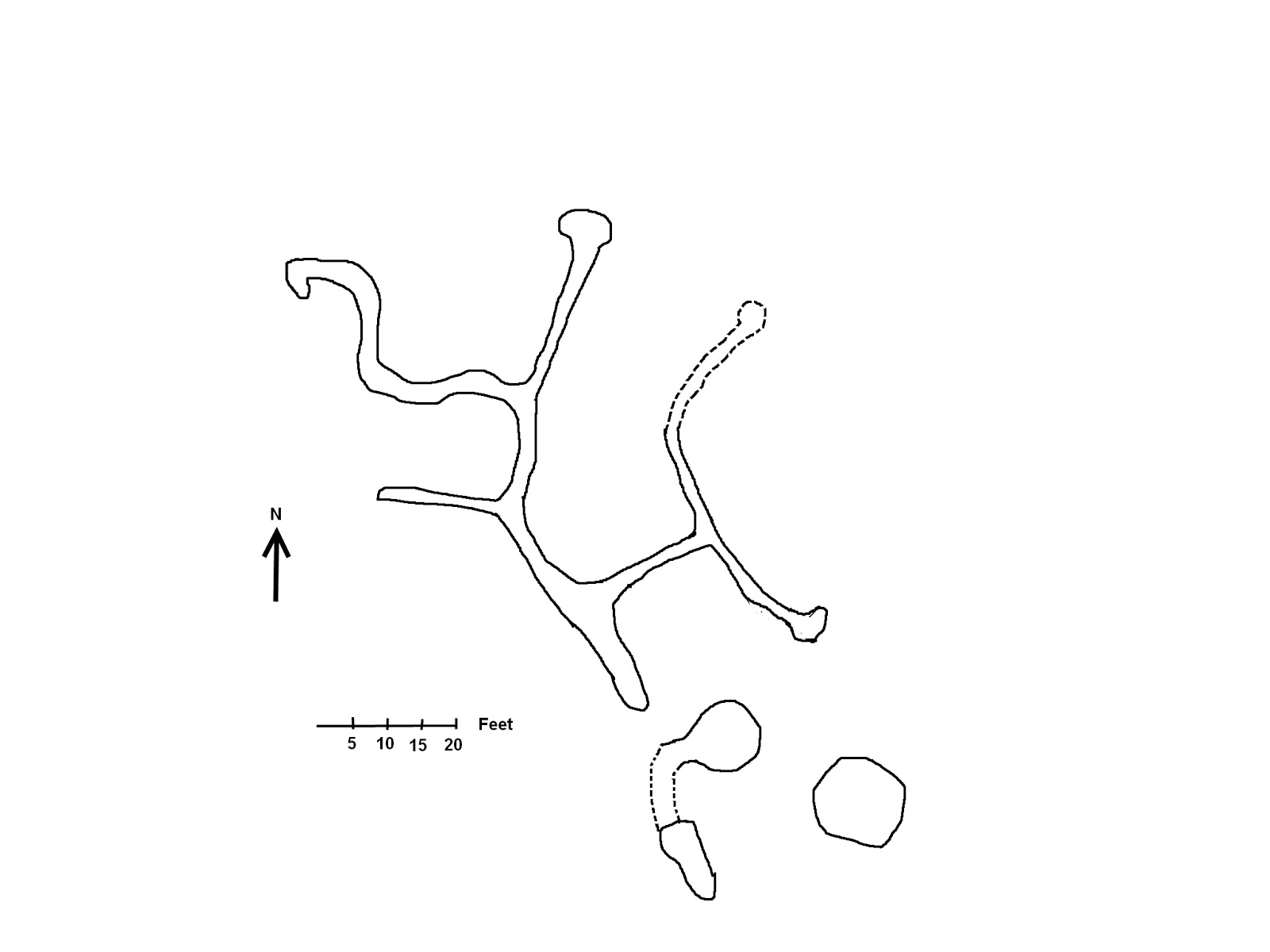 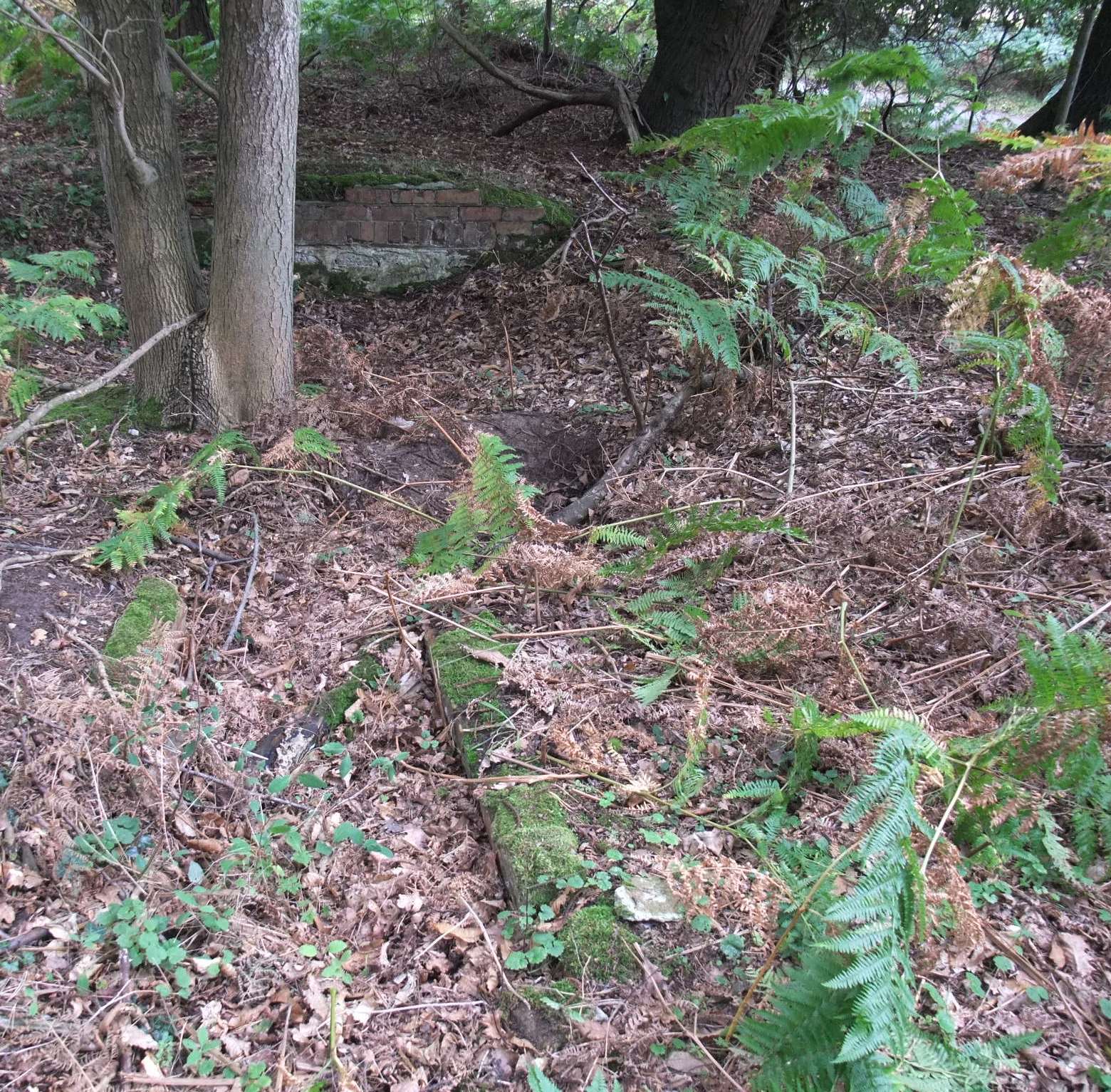 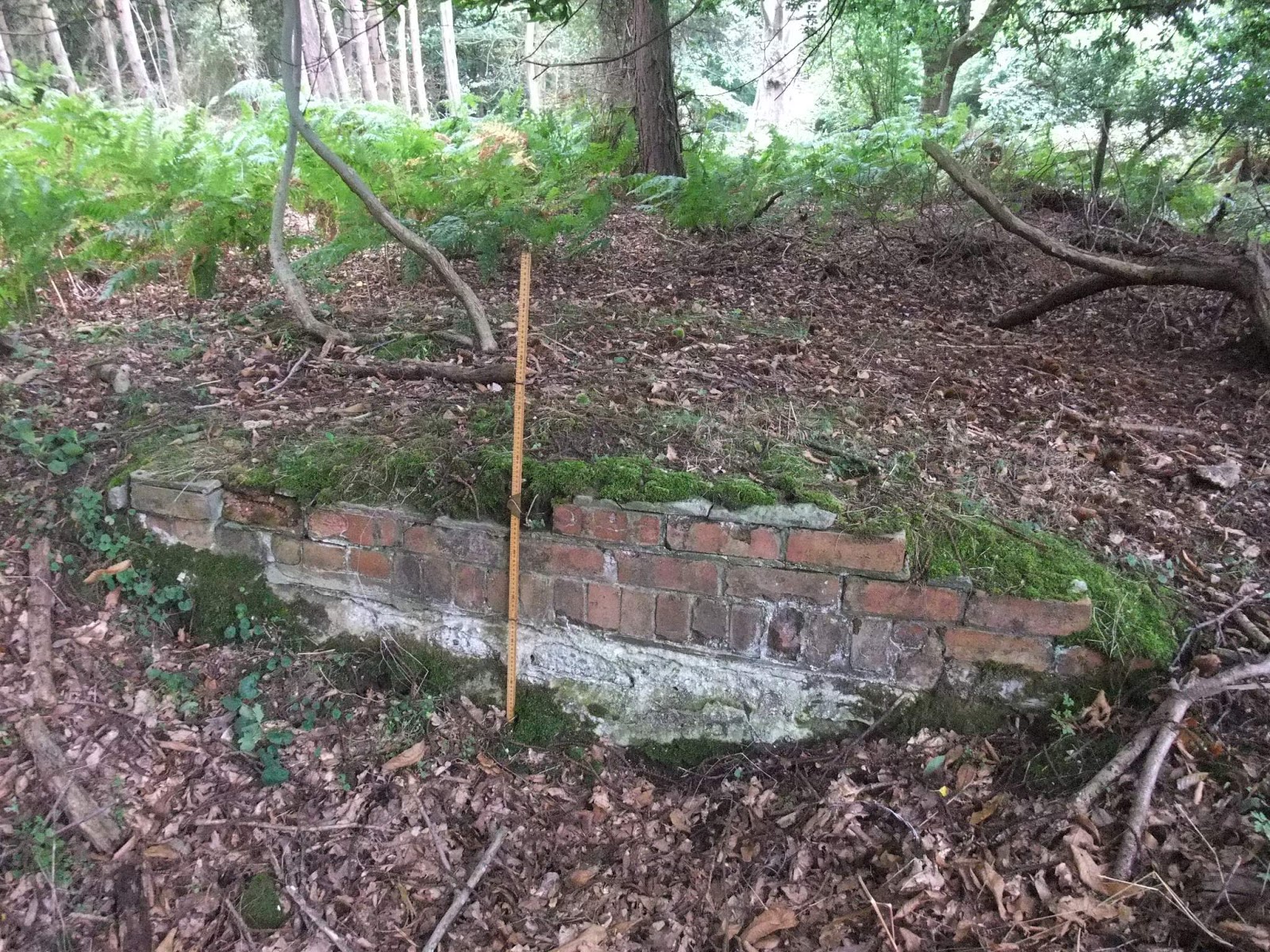 With a few days off work, I've been out and about in the field. This is the first of two posts that will look at trenches - one from the First War and one from the Second!

This afternoon, I decided to combine a visit to an excellent  second hand bookshop in Beccles (cost me £24!) with a visit to look at the First War practice trenches on the Common. These WW1 practice / training trenches  are fairly well known. Although they have long been infilled they show up as marks in the grass extremely well from the air and also on the ground as well. I don't have any information of which unit dug them or when. Although how Suffolk was to be defended in the First War is something I want to start looking at, I doubt if I will ever find out which units were billeted in Beccles or when these trenches were dug; they would obviously have nothing to do with Suffolk's fixed defences in WW1 but would have been dug by troops as practice before being sent out  to France. 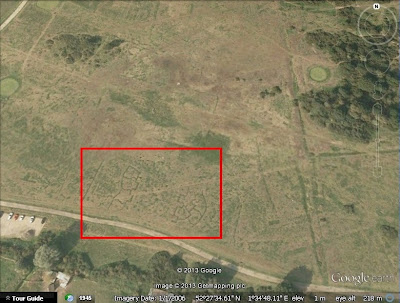 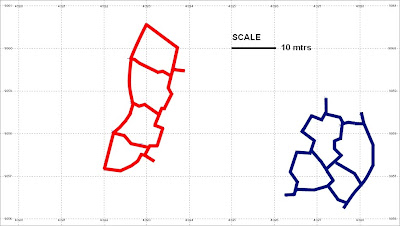 The above images show just how clearly the trenches still stand out; obviously from the air but also good enough on the ground to allow me to follow them with my GPS.  The crenelation of the fire trenches show up clearly, as well as saps leading out from the front line. Communication trenches lead back to a support line. Where these trenches dug to represent opposing lines??

The following images will show just how well they show out on the ground, which amazes me as photos I take of surviving WW2 trenches never seem to come out! 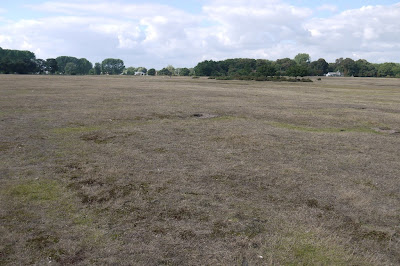 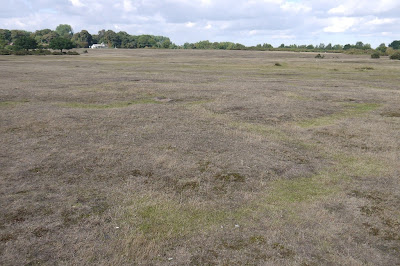 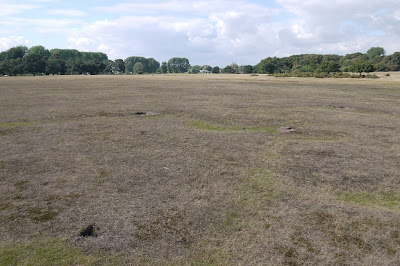 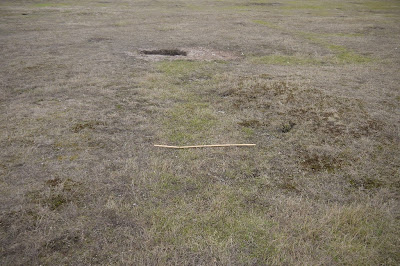 Above: A series of images of the trenches - they clearly stand out as the 'greener' vegetation. The last image shows a meter ruler for scale.

An intriguing find was a small shirt button. It is certainly of the type used by the Army in the First War as similar buttons are one of the most common field finds my brother and I come across while walking the fields of the Somme. Stamped on the back, as far as I can make out, is: "BIRM    HGILL"; after the BIRM is a smaller M stamped above but the text formatting of Blogger won't allow me to show that! I'm sure that these buttons were also common place outside the Army, but it would be nice to imagine it came from the shirt of a soldier digging these trenches! Plenty of rabbit action in the area so it's not implausible that it could have been bought to the surface after all these years! 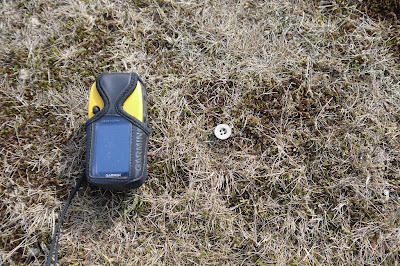 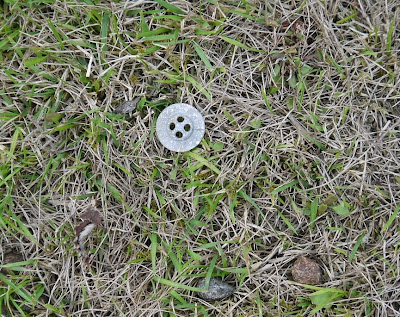 Above: Small shirt button found while recording these trenches. Top photo shows my GPS for scale.

Finally while here, I could not resit visiting the Type 22 pillbox on the Common. It is one of the variants with additional lower embrasures, considered to be for the Boy's Anti-tank rifle. 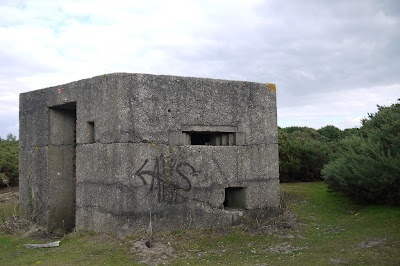 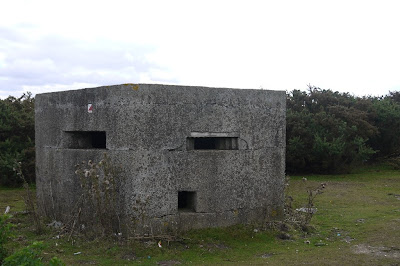 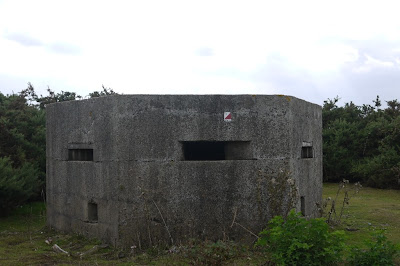 All in all a very enjoyable afternoon. I think I also provided the local dog walkers with amusement, wondering around at a snails pace with a GPS and taking random photos of a meter ruler etc!!

It's been a while since I last did a post and I have a few things to write up from various trips out and about this year. The first is a visit made back in the spring to a section of remaining seawall constructed on the Orford Battle Training area for 79th Armoured Division. This particular seawall features in a well know photograph of a Churchill tank scaling the wall using  an ARC Mk 1. 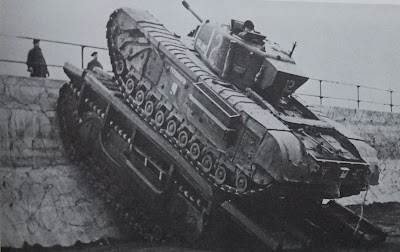 Above: Well known image of a Churchill tank scaling a mock seawall on the Orford Battle Training area.

Today the remaining section of seawall is largely overgrown but it is clearly identifiable as the one in the above image, with even some of the embedded wire pickets to support the barbed wire in the above photo still remaining along with remains of 2" scaffolding poles which made up the railings. 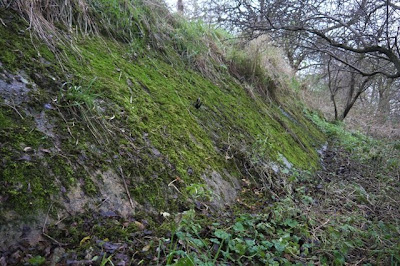 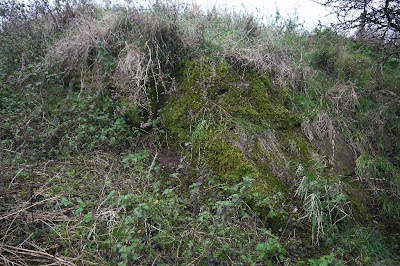 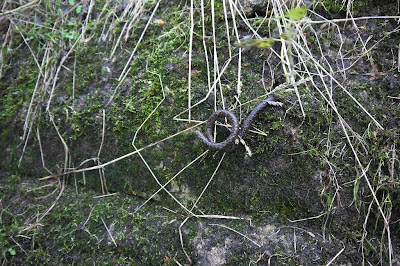 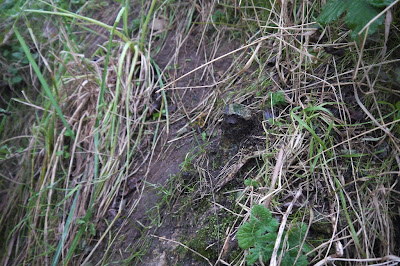