An interesting walk along the coast from Kessingland to Pakefield last Monday. Took in three pillboxes, Pakefield CHL Radar site and the site of Pakefield Emergency Coastal Battery. This post will concentrate on Pakefield CHL Radar station. The British had realised the need for methods of detecting aircraft in the event of war and in the mid thirties, research was undertaken and developed on the use of  'Radio Direction Finding', or RDF. A prototype RDF system was built at Bawdsey (called Chain Home or CH) in 1937, and further development led to a 'beamed radar' (called Chain Home Low or CHL). This was more reliable than CH in bad weather and had a range of upto 160 km. Pakefield was one of the CHL sites operational during the war.
Toady the remaining buildings are perilously close to the cliff edge. The site was also used as a Cold War Royal Observer Corps post.
Reference: www.radarworld.org
Image 1: Main building, Pakefield CHL, perilously close to the cliff edge
Image 2: View of site
Image 3 and 4: Interior of main building
Image 5 and 6: Interior of one of two identical buildings either side of main building
Image 7 and 8: Cold War ROC underground post entrance
Image 9: Underground ROC bunker
Next post will detail the pillboxes. 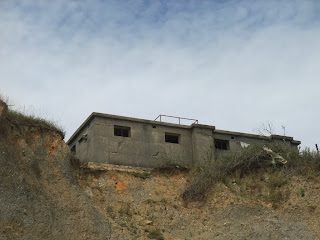 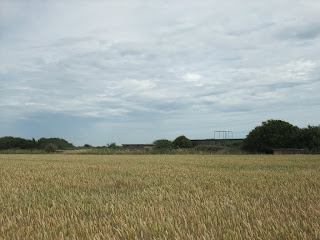 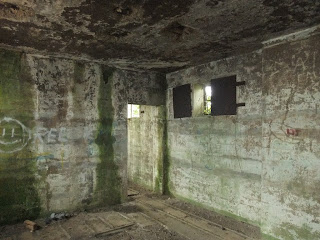 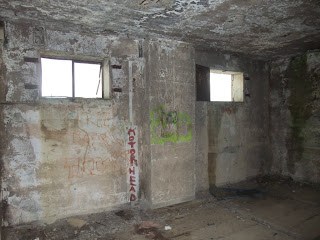 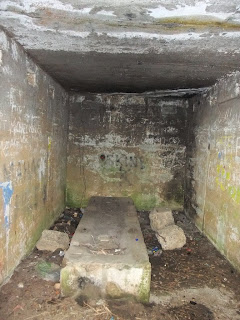 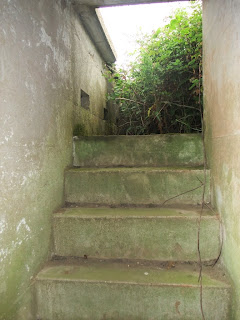 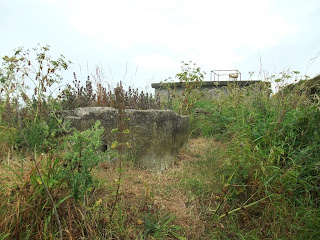 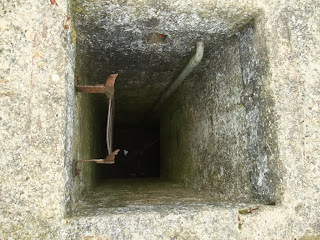 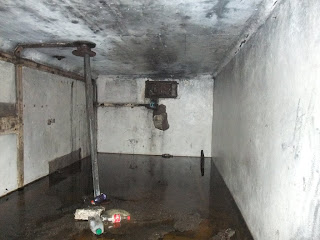