Undoubtedly the  best known  DFW (Directorate of Fortification and Works) drawings / designs  are the pillbox types. However, the DFW covered all aspects of military constructions.  Probably most people are not familiar  with drawing DFW 10890, a standard grease trap. These were built to trap grease (as there name implies!) from sinks in washrooms or cookhouses and are often a conscious remain of temporary military camps along with concrete bases for Nissen / curved asbestos  types of hut.

The trap in the image below is from the domestic camp of a Heavy Anti-Aircraft battery, part of the Diver Defences (defence against the Flying bombs) constructed as a result of the 'Winterization' programme which replaced tented camps with hutted camps. As well as the satisfaction of finding such features during field work and being able to match it to an official drawing, it also allows us to identify washrooms/cookhouses within the remains of the camp layout. 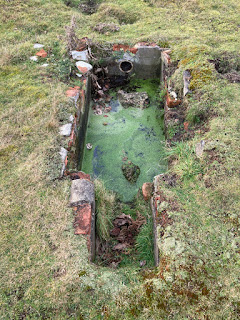 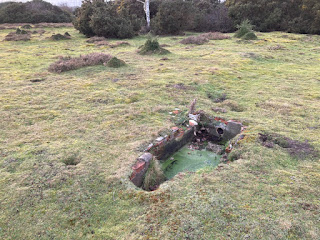 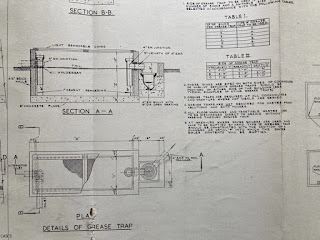