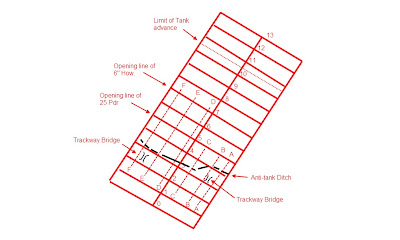 For this post, reference is again needed to the above barrage trace.  I have added the anti-tank ditch to the trace which I recorded by GPS on the site visit. Note that there are a number of breaks in the ditch – could these be the remains of crossings created by this demonstration?

The third part of this blog looked at the first phase of the demonstration (barrage and creating lanes through first minefield and belt of wire). The second phase of the demonstration was the crossing of the ditch and second bet of wire and minefield. At zero hour two squadrons of tanks of Royal Armoured Corps were to set off and ditch charges and Bangalore Torpedoes detonated. Tanks were then to advance to their objective and take a hull down position to support the infantry attack on the final objective.   At zero plus nine the infantry were to set off.

Fascines: These were basically bundles of small diameter wood. Fascines were traditionally used for strengthening earth works, revetting river banks etc but were used since at least Roman times for crossing obstacles. Tanks carried them for this purpose in the First War and the practice was continued in the Second war. I have come across one specification of fascines made from chestnut paling rolled around 2” tubular scaffolding. 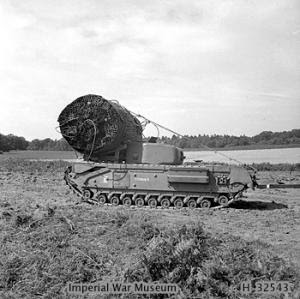 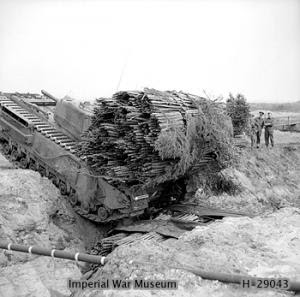 Scissor bridge: a bridge that was transported and laid by a tank (either a Covenanter or Cruiser Mark V). The carrier tank could then disengage from the bridge allowing other vehicles to cross. The bridge could span a gap of 30 feet and carry a tracked load of up to 30 tons. 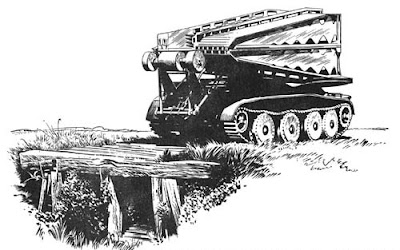 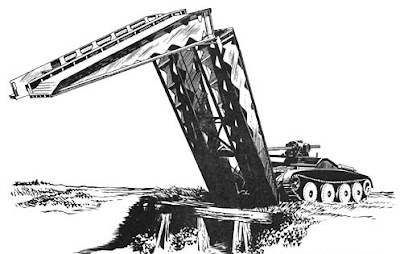 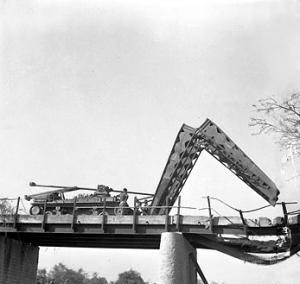 Click on the following link to see a scissor bridge in action during training somewhere in the UK in 1941:
http://www.britishpathe.com/record.php?id=78720
Its an exercise showing a river crossing but clearly shows how the bridge would have worked.

Bangalore Torpedo: these had also been around since the First War. It was basically a prepared charge used for breaching wire obstacles. It consisted of a steel tube of 1.5 inches diameter which was filled with high explosive. It came in six foot sections which could be connected up. A bullet shaped nose was fitted to the lead section to ease the passage of the tube over the ground. It was basically then just pushed under wire obstacles and blown by a detonating cord. The photo show US troops training in the UK with Bangalore Torpedoes. 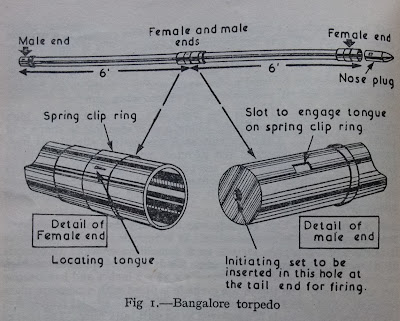 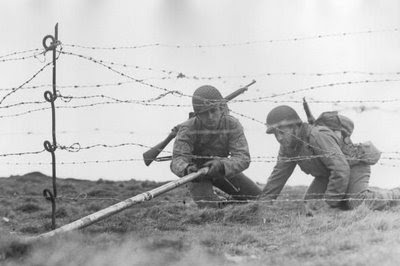 Snakes: basically similar to Bangalore Torpedoes  except they were put in place by tanks and used for clearing lanes through minefields. Snakes could be up to 400 feet in length, contained 800 lbs of explosive and could clear a gap 30 foot wide.

Unfortunately the one thing lacking from the War Diaries on this demonstration is a report on the outcome and conclusions drawn from the exercise***. Well that’s it on this demonstration for now although I may well return to it in future as I still want to explore the site further for any other remains of training in this area.

References for this series of blogs came from:

*** Now found in another document but will be placed on main website under new Training tab
Posted by Dave at 12:24