Made a brief stop at Great Ashfield airfield today on my back from visiting family up north.

This aerodrome opened in March 1943, although the site it was constructed on was used by the RFC during the Great War for flying BE2cs. It was briefly used by Bomber Command  for practice landings for Stirlings before being handed over to the USAAF. In June 1943 it became home for 385th Bomber Group, nicknamed "Van's Valiants" after its CO, Col. Elliot Van Devanter. 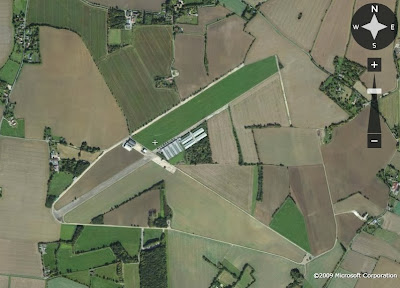 Above: Aerial of Great Ashfield airfield as seen today.

The 385th Bomber Group flew B17's, flying 296 missions (8,200 sorties)and losing a total of 129 bombers to enemy fire plus another 40 to accidents. One of the destroyed bombers was lost to a Ju88 night intruder; destroyed in its hanger during the night 22nd May 1944, the only B17 destroyed on the ground during the War. The airfield / surrounding area was attacked at least two other times during the War - once on 6th October 1943 when six HEs landed on Great Ashfield, probably all dropped by FW190's, and another intruder attack, machine gunning the airfield almost at the end of the War. The gunners of 385th Group claimed 280 Luftwaffe fighters.

Little remains today except for part of the runway, a few buildings  from the domestic sites, and the Battle HQ. Some concrete cylinder road blocks can also be seen - many of these blocks  can also be  found on the nearby 11 Corps Line which runs through the area. 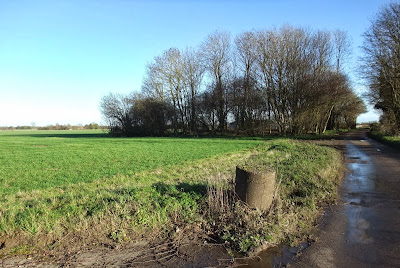 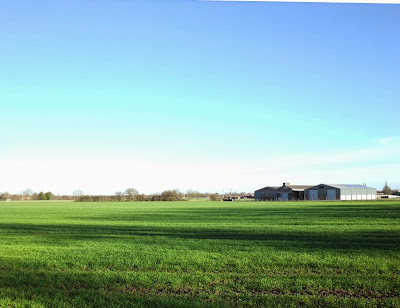 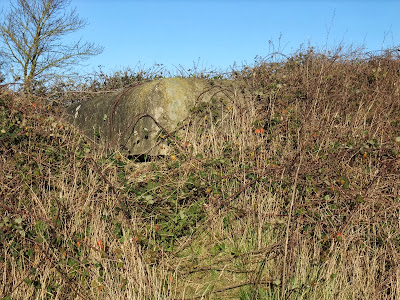 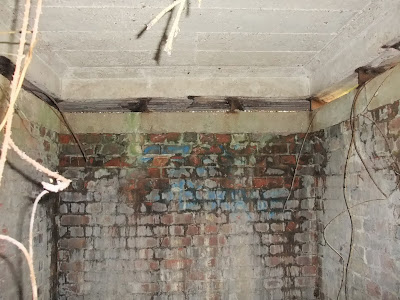 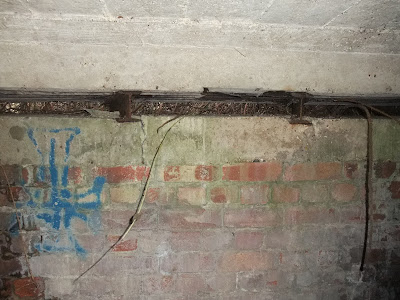 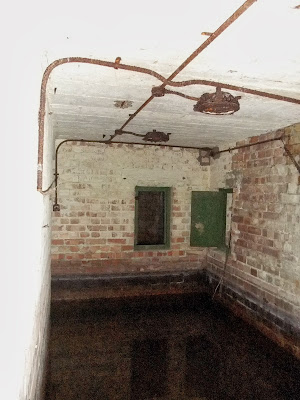 Above:
The Battle HQ (which would have been used to direct the ground defence of the airfield) - now overgrown with bramble and the lower command chamber flooded. 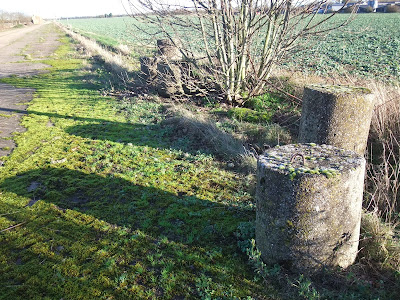 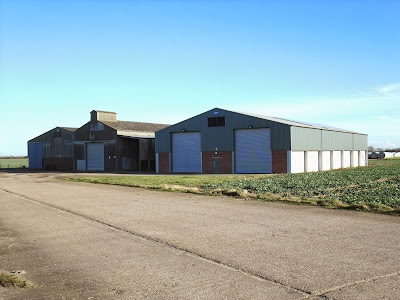 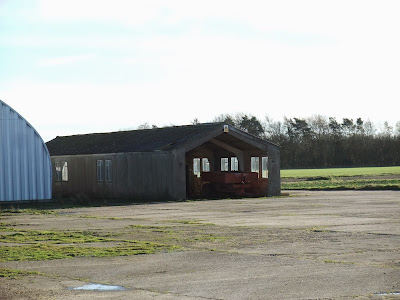 Above:
Top - more road block cylinders on the north-west perimeter track of the airfield. Middle and bottom - perhaps surviving buildings associated with the airfield, although much altered. 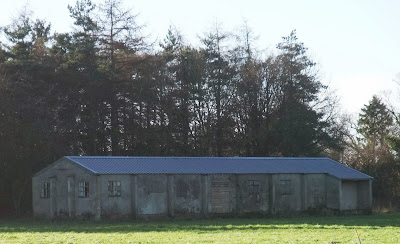 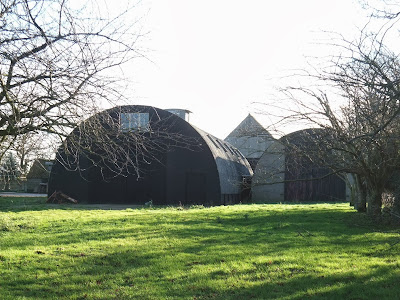 Above:
Buildings remaining on domestic sites on the north-west of the airfield. The top image is thought to be Barrack block.