This blog is intended to share WW1 and WW2 remains that I have come across with others who may be interested. The blog was at first intended to  concentrate on military remains in Suffolk, but has expanded to cover other locations I have been fortunate enough to visit. I have been interested in military history all my life, and this interest was at first focused on the Great War battlefields of France. However, in the last 10 years or so, my eyes have been opened to the many Second World War anti-invasion defenses and remains of military training still extant in Britain, and much closer to home!

I have also recently fulfilled a lifetime ambition in having a book published - Building the Gort Line: The BEF and its Defences in France, 1939 - 40. 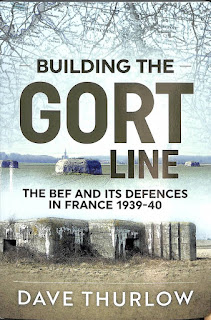