Last thing we did for the day was a quick visit up to Bois Francais for a quick look at Point 110 military cemeteries and also the 1939/40 French AA position sited to defend Meaulte Airport. This position consists of four brick and concrete lined gun pits, various earth works for presumably ammo and crew shelters as well as slit trenches and smaller weapons-pits for either mg's or perhaps LAA guns. A good view can be had from Bois Francais of the 1st July lines around Fricourt. As a result Bois Francais was a much disputed location and evidence of the mine warfare carried out here is still visible with many deep craters.
1st image - view of Fricourt, with the 'Willow Patch' on the horizon - from Bois Francais.
2nd image - brick and concrete lined AA gun pit
3rd image - slit trench
4thd image - circular weapons-pits presumably for mg or LAA gun
5ht image - two of the four gun pits
6th image - various earthworks with three of the gun pits. The present day Meaulte airport can be seen in the distance. 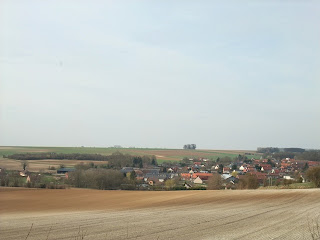 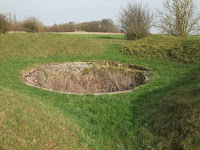 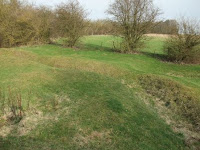 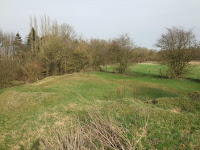 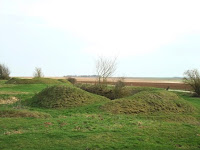 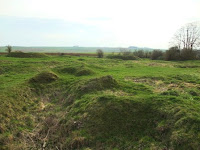