At RAF Station Hethel, a remarkable defence post still exists.  Admittedly, RAF Hethel is in Norfolk and not Suffolk, but the records for this site do provide some interest in relation to the defence of airfields in Eastern Command. Work on Hethel began in 1941 and the station was opened late 1942 and was actually one of the RAF Stations handed over to the USAAF for the use of its bomber units.

The defence post was constructed in accordance with a new policy adopted by Eastern Command. Previously, airfield defences had been built as a result of the Taylor Report and largely consisted of pillboxes and breastworks which were large and conspicuous and vulnerable to air attack. Experience at Crete had shown the need for small inconspicuous field works. The new defences were to now consist of small two man weapon-slits and small machine gun pits constructed in accordance with “Infantry Training, 1937” Supplement No.3 – “The design and lay-out of Field Defences, 1942”. 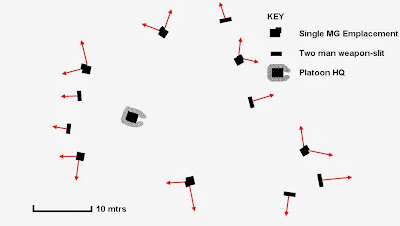 Above: The defence post at RAF Hethel produced using a hand held GPS. It shows the weapon-slits and arcs of fire.

The defence scheme at Hethel was planned entirely in accordance with this new policy and the defences at two other aerodromes, West Rayham and Great Massingham, were altered in view of the change in policy for the defence of aerodromes.

The weapon-slits are 12 ft long by 2 ft wide, so maybe three man weapon-slits. In total there are six weapon-slits, supporting the machine gun pits. 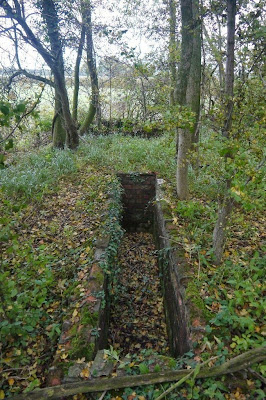 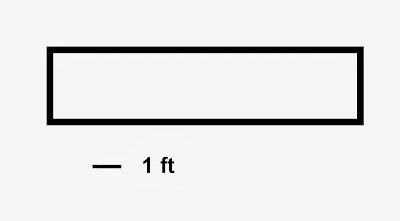 There are two types of the machine gun pit, although the variation is slight. The pits were supposed to have been constructed according to “Infantry Training 1937” Supplement No.3, page 9, fig, 7, although they are the basically the standard MG emplacement in open ground as shown in “Manual of Field Engineering” , Vol I 1933. In total there are six machine gun pits. 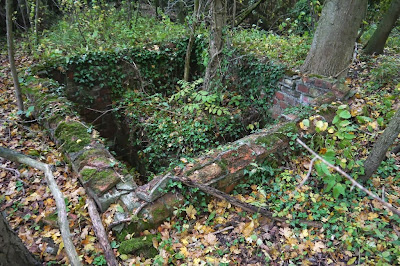 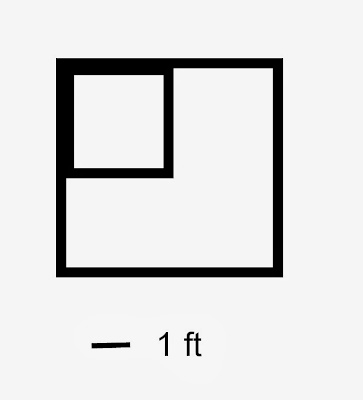 Above: First type of MG emplacement (the only one of this kind out of the six) 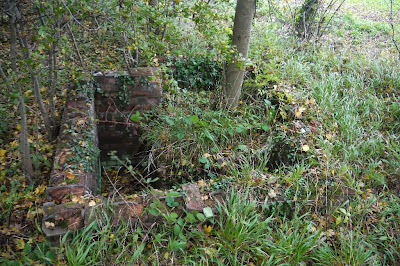 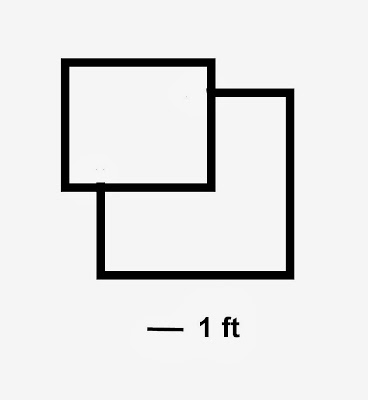 Above: The second type of MG emplacement 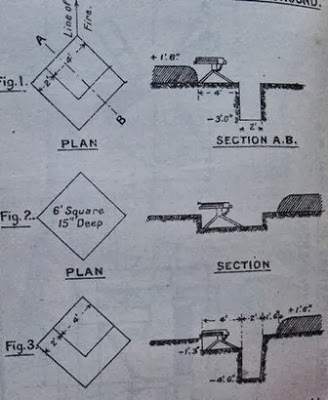 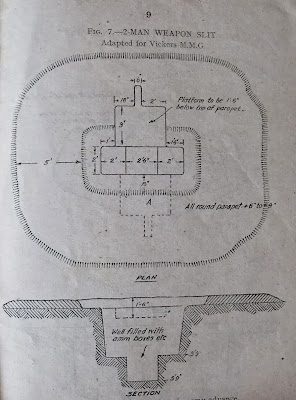 Above:  Top image shows MG emplacements in open ground, "Manual of Field Engineering", Vol. I 1933. The above emplacements are clearly based on fig.3.  Bottom image shows the machine gun pit illustrated in "Infantry Training, 1937", Supplement No.3, page 9, fig. 7.

The weapon-slits surround a “cut and cover” type dugout, perhaps a platoon headquarters. The dugout is lined in 9” brickwork and has a 7” thick concrete roof, capped with earth.  According to specifications, the platoon headquarters was to be constructed according to Field Service Pocket Book 1938, pamphlet No.4, page 32 but lined with 9” brickwork and tanked in 3” asphalt. 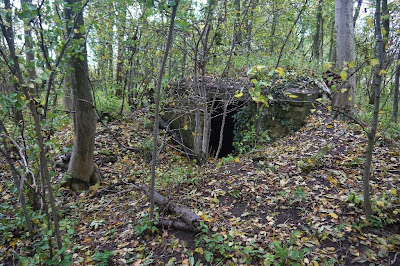 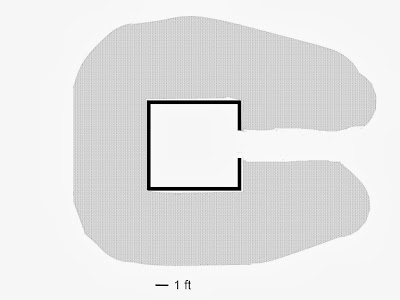 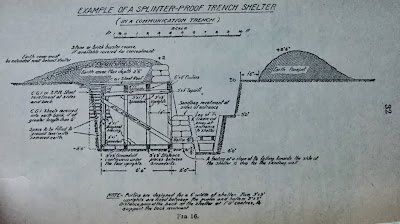 Above: The "Cut and Cover" dugout and plan. Bottom image shows the splinter proof shelter in Field Service Pocket Book 1938, pamphlet No.4, page 32.

The whole layout may be a strongpoint consisting of three medium machine gun sections.  This would be in accordance with the overall defence scheme to be adopted for aerodromes of self-contained platoon localities (although only two sections normally made up a medium machine gun platoon) distributed at or near the aerodrome perimeter.  Platoon posts were to be designed for all round defence and be mutually supporting if possible. Within the platoon post, section posts were to be close enough to facilitate control but not to be in such so close proximity that one bomb could destroy more than one post. 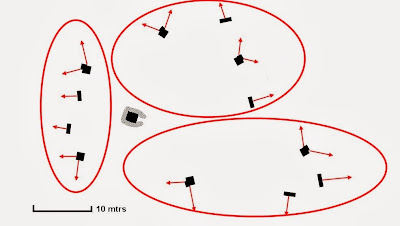 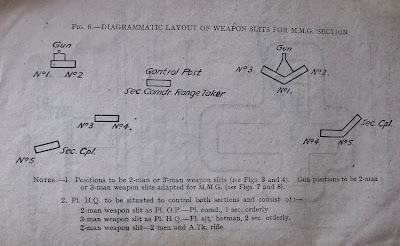 According to a Specification and Estimation of Costs for the construction of the defences of Hethel, the aerodrome was to be provided with the following defences:

The cost to construct these works was estimated to be £2,490. I’m not quite sure how the 12’x2’ weapon-slits in this post fit in with the above specification.
Posted by Dave at 12:23 No comments: