A number of pillboxes are within easy walking distance from Judes Ferry, West Row. With the exception of a type 22  guarding the bridge, they are all shell proof type 24's. One has a square slab added onto the roof to disguise the distinctive shape from the air. It is also noticeable how the surrounding peaty soil has 'shrunk' since the pillboxes were constructed, the concrete rafts now standing proud of the field.
As mentioned above, a type 22 guards the bridge along with two concrete sandbagged weapons-pits and a spigot mortar. A certain Sgt Rolfe inscribed his name in the concrete mortar base!
First image: rear of shell proof type 24 - note how the concrete base raft now stands proud of the field
Second image: bren gun embrasure, inside a type 24
Third image: shows how one of the pillboxes has been carefully sited, on a slightly rising contour in an otherwise flat field
Fourth image: type 24 with concrete slab roof added as camouflage from aerial observation
Fifth image: type 22 nad spigot mortar base
Sixth image: Sgt Rolfe name inscribed in the concrete base
Seventh and eighth image: the two concrete sandbagged weapons-pits 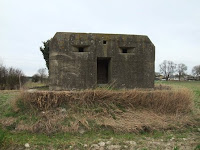 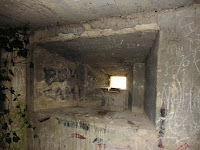 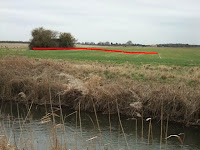 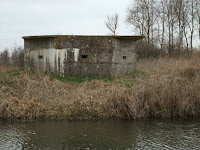 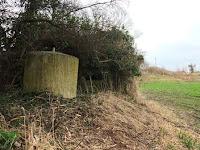 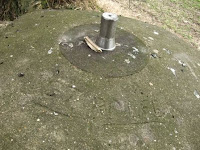 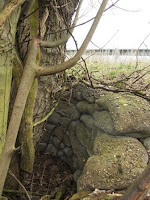 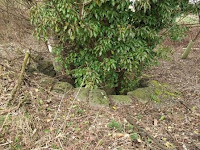