These two structures are a bit of a mystery.  The surviving structure clearly resembles something from the First War - many similar structures were built by both the Germans and British in low lying areas such as Flanders where it was not possible to dig trenches. They were normally used as Command Posts or troop shelters. However these are in Suffolk! They clearly do not relate to  defences constructed in Suffolk during the First War as they are not shown on a Luftwaffe aerial photo I have a copy of dating from the Summer of 1940. I am also certain they are not on an RAF photo taken sometime in 1941 (although this is less clear than the Luftwaffe photo).
The only reference I have come across  that refers to these structures is a memo from HQ 21 Army Group giving permission for 79th Armoured Division Assault Royal Engineers to make use of "the concrete structures referred to on Scotts Hall A Tk range as you see fit" - i.e. blow them up as part of training!! This memo is dated 2 Nov 1943.
Presumably 'Tk' refers to tank and these structures were within the area of this tank range. However they do not resemble any block house associated with a tank range that I have seen before - the surviving structure certainly was not a block house in which winch gear for targets was housed in. They may have been shelters in which to observe ranging?
The amount of reinforcing that has gone into constructing these is phenomenal - as shown by the rough floor plan and the photos.  They surely would have been proof against even the German 88mm firing at close range! The structures  do not appear to be identical - although not much can be ascertained from the destroyed structure it would appear to have a flat roof.
These remain a mystery for the moment!!
Image 1 & 2: Destroyed structure - note the amount of reinforcing, the thickness of the concrete and the apparent flat roof.
Image 3-5: Exterior of second, intact, concrete structure
Images 6 & 7: Interior of intact concrete structure.
Image 8: Entrance to intact structure.
Image 9: Weapons damage to intact structure
Image 10: Sketch plan of intact structure 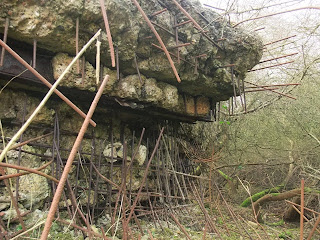 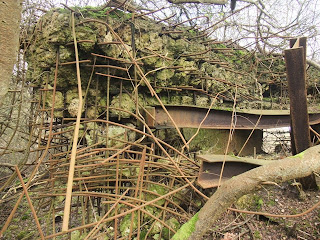 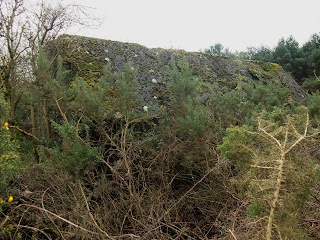 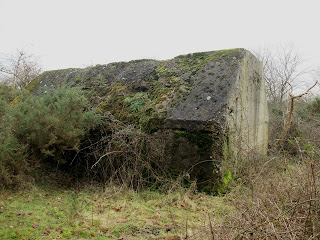 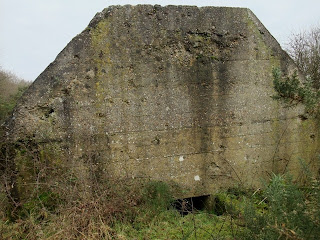 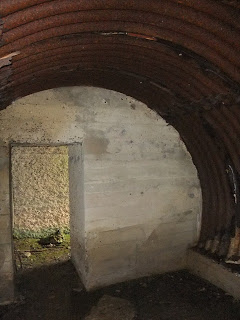 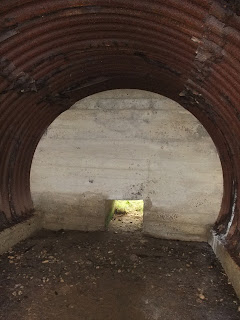 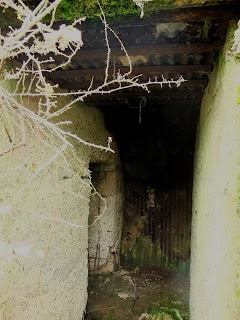 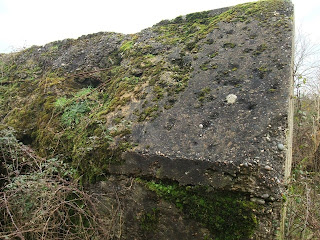 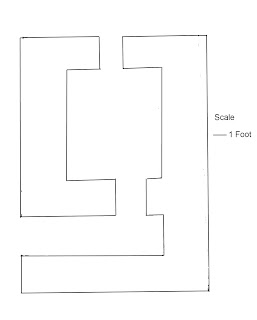