Some rather more mundane (but still enjoyable) recording last weekend after the excitement of the defence works near Walberswick described in my last post. Its 1 1/2 yrs since I started on the trenches at Aldringham (still a few to go) - the ones recorded today are only fragments remaining on the edge of the site, most covered in dense bracken and scrub as the photo shows. However did come across the base for a large hut / shed (Romney or curved asbestos type hut) and those concrete metal filled cones again that I've already posted on. Also the remains of just the concrete on two cones - the first I've found to date. Still no idea of their purpose!
Finally a sullage or cess pit (or is it?) that has got me wondering - its deeper than normal and there is no 4" glazed stone-ware inlet pipe. But I'm still convinced its nothing more sinister than part of the sewage system for the near-by Diver battery.
Photo 1: Bracken covered anti-landing trench
Photo 2: GPS plan of trenches mapped
Photo 3: Base of hut with concrete filled metal cone at entrance
Photo 4: base of hut - concrete filled metal cone at each end of entrance
Photo 5: Concrete filled metal cone
Photo 6: Concrete casts (without the metal cone)
Photo 7: Sullage / cess pit? 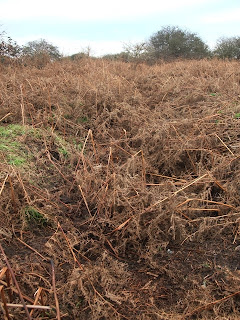 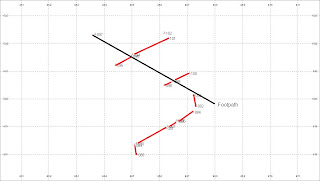 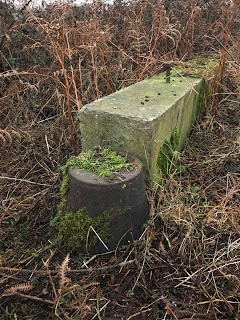 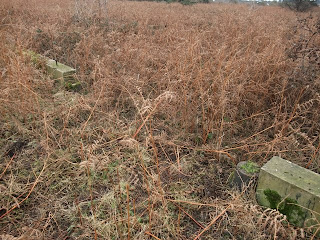 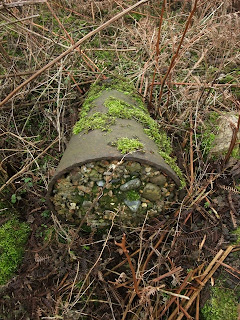 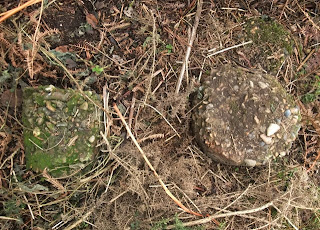 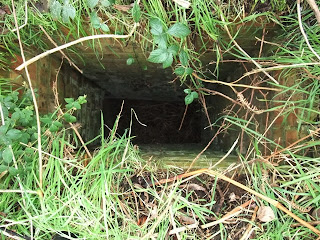