Spent a fruitless Sun searching another area of Sutton Heath for any signs of training. Did not even find any anti-landing trenches on this part of the heath. However did take these photos of the Cold War airbase at Woodbridge, now closed. The Guard post is of interest - basically constructed of sunken sewer pipes with a concrete roof supported by brick pillars. Access was through a metal hatch in the roof. Also there is a pipe leading underground - either some sort of shelter or was it an underground escape passage? Whether the post relates to the airfield here during WW2 or the Cold War I do not know - such crude constructions were used in both periods (e.g. the Norcon pillbox for WW2 or the Yarnold Sangar for the Cold War era). 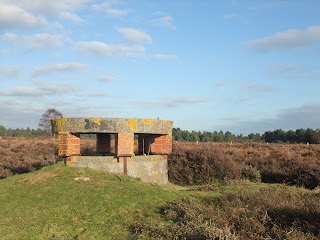 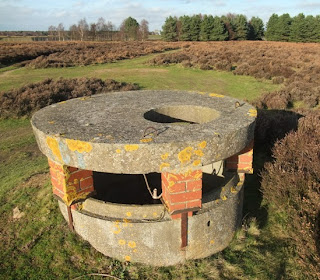 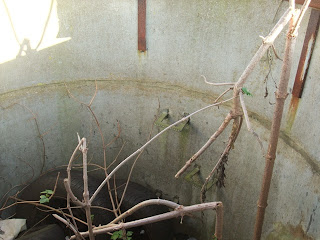 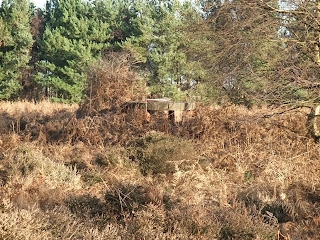 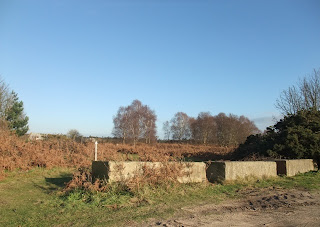 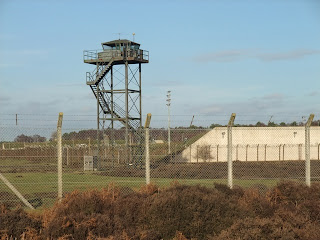 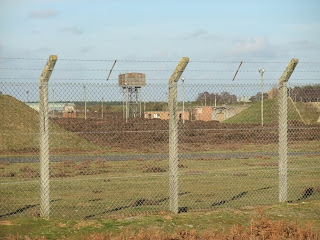 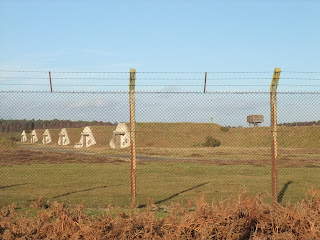 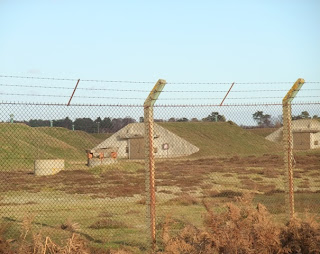