I have found little information on  Operation Diver in Suffolk (defence against V1 Flying Bombs) except for the relevant AA War Diaries at TNA. Combining this with reference to a Military Training Pamphlet (Gun Drill for 40-MM A.A. Gun and Predictor A.A. No.3 - Land Service, W.O Feb 1945) and field work is the subject of this post. BUT I must admit I am still uncertain if my findings are correct!!!
In a recent post on Welter Site TA2 I mentioned four possible gun pits. These do seem to fit quite well with the illustration of a gun pit for the 40 mm Bofors. The object of any gun pit was to give protection to the gun crew and the gun. However would this have been necessary in Britain during 1944/45?- there was no threat of enemy troops and slit trenches were dug on Diver sites for protection of gunners from aircraft or the flying bombs themselves. Certainly some photos I have seen on 40mm's employed on Operation Diver were not dug in.
A problem I soon hit was finding similar pits at  another Diver Site  (or at least I think it's a Diver site!) - except this  site was a HAA site (i.e. only had four 3.7" HAA Guns) and not a Welter site (i.e. mix of 3.7" guns and 40mm guns). This site will be the subject of the next few posts - it also has an unanswered question on gun pits!.
Anyway, back to the pits. The manual gives examples of two pits - one for the Mk 1 and American supplied guns and one for the Mk 2,3 and 4 guns. The pits I found resemble those for the Mk 1. The manual gives the the dimensions as 14 ft across at the widest point by 19 ft long. In addition there is a ramp down into the pit. The pits were initially to be dug 2 ft deep although the height of the walls could be added to by digging borrow pits.
It is now almost impossible to get accurate measurements from the pits I've come across - erosion, forestry operations and even rabbits have all had an their impact over the last 65 odd years. However, my best estimate of dimensions from the best preserved pit is 15 ft across at the widest point by 23 ft long (which includes what I think is the ramp down). The depth is about 2 ft.
The pits, as shown on the GPS plot on the earlier post on this site are laid out in a horse shoe. I still have no idea on the layout of Welter Sites - probably no standard layout existed. I am slightly sceptical that any guns employed on Operation Diver were employed in the horse shoe pattern - all the evidence I've seen so far would suggest they were laid out in a line.
So after all that no conclusion - the pits still remain a mystery!!
Image 1: Pits for 40mm Bofors (a is for Mk 1 and b and c are stage 1 and 2 in digging for the Mk 2,3 and 4).
Image 2: Pit for 40mm Bofors, Mk 1
Image 3: Pit at site of Welter Battery TA 2 which closely resembles that of the pit for the Mk 1 in the manual.
Image 4: 40mm Bofors employed on Operation Diver on the South Coast - note lack of digging in and linear deployment.
Image 5: 40mm Bofors employed on Operation Diver.
Image 6: Diagram of 40mm Bofors - Gun Drill for 40mm AA Gun and Predictor AA No 3, WO, 1945
Image 6 and 7: Bedford Tractor for 40mm Gun - Gun Drill for 40mm AA Gun and Predictor AA No 3, WO 1945 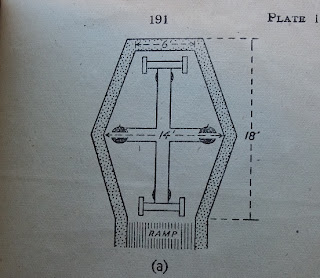 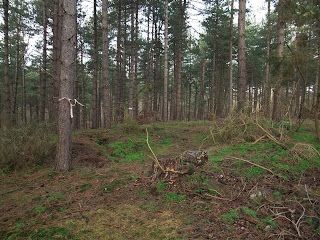 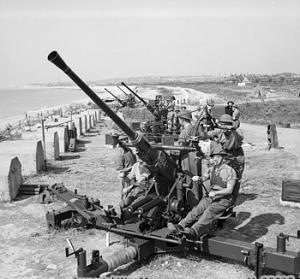 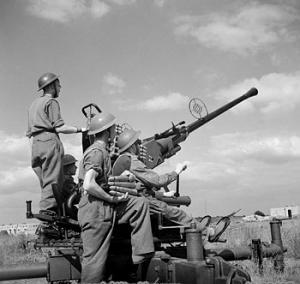 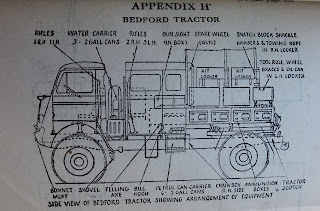 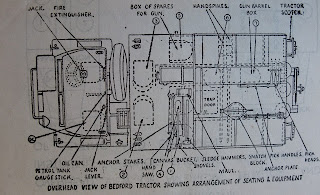