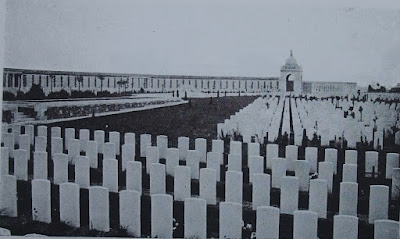 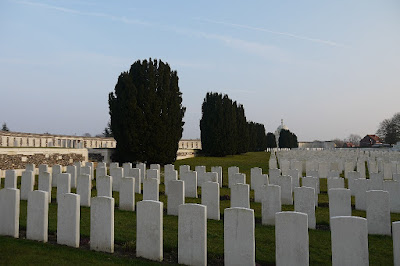 Above: Tyne Cot Cemetery as recorded by Sidney Hurst in Silent Cities, published in 1929 and the same view today.

During the fighting at Passchendaele the 5th Scottish Rifles established a dressing station in a captured German pillbox and christened it Tyne Cot (probably because it reminded them of a cottage, Cot being short for cottage). The Battalion History describes Passchendaele as a desolate place:

'What a place! Dead everywhere! No time to bury men here and no place to lay them either, for miles around. Shell holes everywhere, filled with foetid water and mud. What a stench! We will surely lose our sense of smell this tour!...What a life! What an existence! How does anyone survive?'

The history goes on to describe Tyne Cot dressing station:

'All around lay the dead still unburied. Desolation everywhere! Never before or since have we experienced anything like it. It looked as if we should be there for some time so our First Aid post men, Smith, Miller and Nunn, commenced burying the dead with the aid of the pioneers. Strange to relate, shells ceased to drop on this sacred spot. We buried many, Canadians, Australians and Germans predominating. Some had no identity disks, but all got a small wooden cross of sorts'. 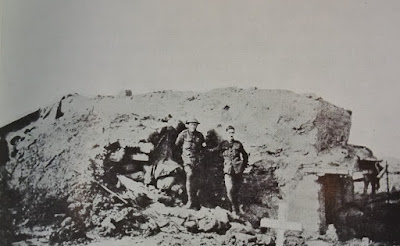 The 5th Scottish Rifles dressing station - 'Tyne Cot'. Two German pillboxes can still be seen in Tyne Cot today and the cross of sacrifice is built over another,  a site apparently suggested by King George V and probably the one in the above photograph.

In the late afternoon light, after the last school coach had left, we had the place to ourselves. 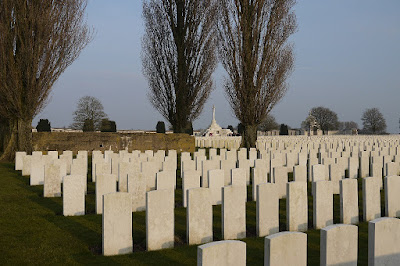 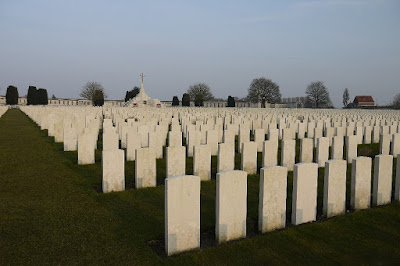 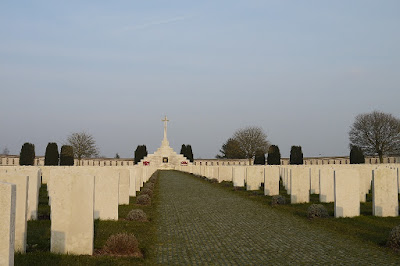 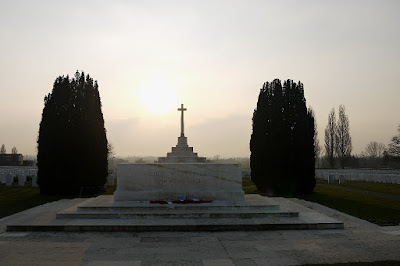 Above: Tyne Cot - one of the German bunkers can be seen in the top image, while the Cross of Sacrifice is built over another.

Langemark is the only German cemetery in the salient, and although smaller than Tyne Cot in area, it contains many more burials. In total, there are 44,061 burials concentrated from many smaller cemeteries, with a mass grave containing 24,917 burials and elsewhere each grave marker shared by as many as eight bodies. 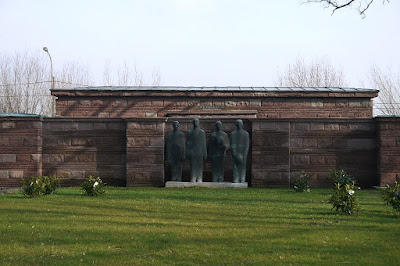 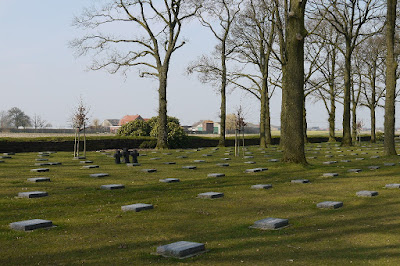 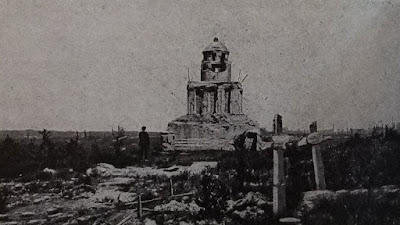 Above: Langemark German cemetery. Bottom photo is one of the many original German cemeteries in the Salient at nearby Terhand and probably concentrated to Langemark. The 'memorial' tower was actually a disguised concrete observation post.

Many German students died in the area on 23 October 1914, and it is often known as the Studentenfriedhof, with the battle called the Kindermord - the Massacre of the Innocents. The area was heavily fought over in the other battles in salient, with Langemark reduced to rubble. 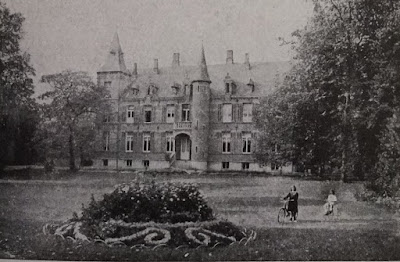 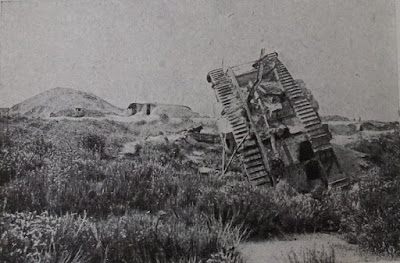 Above: Langemark Chateau before the war and in 1919 (the pile of rubble in the background). 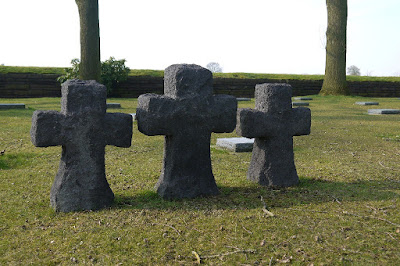 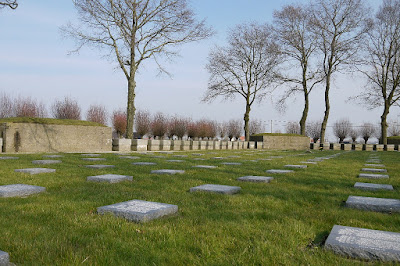 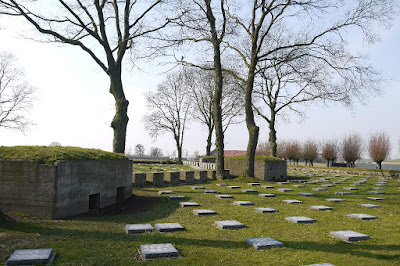 Above: Langemark Cemetery. Apparently, one of the terms of the Versailles Treaty was that all German crosses had to be in black to indicate German guilt in starting the war - this does give German cemeteries a somewhat depressing feeling to visit. Remains of German bunkers can be seen in the cemetery, with the memorial blocks between them reminding me of a line of anti-tank cubes as can be found on Suffolk's beaches as part of the WW2 anti-invasion defences!

We also visited a German cemetery near Wambrechies, north-west of Lille, which contains 2,348 burials. Don't know much about it, but it was presumably a main German casualty dressing station and presumably contains some who died of wounds during the fighting in the Salient. 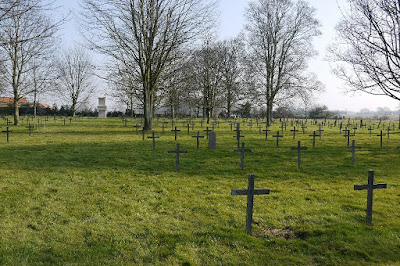 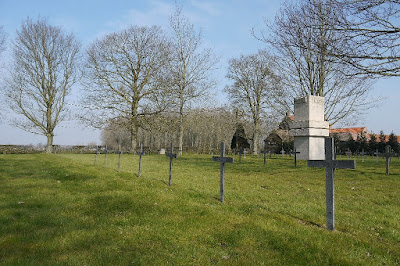