The 34th Division constructed a memorial dedicated to the 'memory of Officers, Warrant Officers, and men of the Artillery and Engineers of the 34th British Division who fought near this spot October-November 1917' next to a  to a German pillbox near Poecapelle. The 34th Division took part in the sixth and final phase of 3rd Ypres (22 October - 6 November), in an action designed to secure the high ground around Passchendaaele, taking part in the opening attack on  22 October 1917. 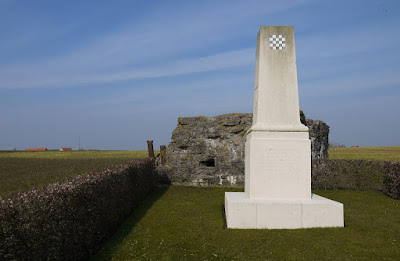 Memorial to 34th Div. artillery and engineers, near Poelcapelle, sited next to a German pillbox.

Anyone who has visited the battlefields of the Ypres salient will be well aware of the fact that the Germans made much use of concrete pillboxes. As trenches were impossible to dig, the defence was placed in strongly concreted "pill-boxes" in the ruins of barns and farmhouses. The average thickness was around 3 feet, which was proof against all except the heaviest of shells. The German pillboxes were not built to standard designs, but were rather adapted to their surroundings and the extent of the ruins on which they were erected. They were sited to mutually support each other and were quite capable of breaking up and delaying a line of attack. The 34th Division was tasked with attacking such a line of pillboxes. 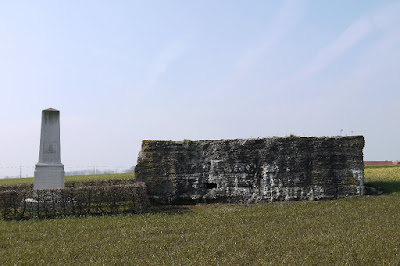 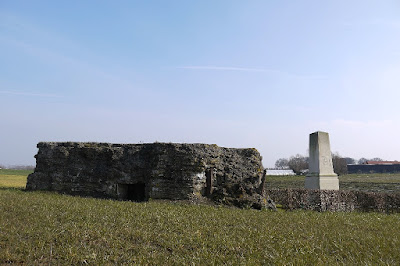 The strong construction of the pillbox can be appreciated in these two images. The pillbox was part of the same defence line of pillboxes as the two in the German Langemarck Cemetery.

"Pillbox" fighting required great initiative in junior commanders. The method of attacking in waves would, and did fail against pillboxes. New tactics were required. The tactics adopted by the British in the summer and autumn of 1917 now involved the sections of a platoon advancing in file, giving the chance of overwhelming a pillbox by the co-operation of the nearest sections while the rest continued their advance. Each platoon was to push on until it was held up by the organised resistance from a pillbox. One section was then to manouvere into fire positions and rake the pillbox with Lewis gun and rifle gun fire, occupying the attention of the pillbox garrison. The neighboring sections then moved around the flanks and rushed the pillbox as the fire section kept up its sustained fire on the pillbox loopholes. A plentiful supply of phosphorus bombs was usually provided for pushing through the loophole and igniting the interior of the pillbox.

This was a difficult enough task in good ground conditions, but almost impossible if troops were 'floundering' in the mud, when they were easy targets for the German defenders or if the pillbox loopholes could not be subjected to fire because rifles and Lewis guns became jammed in the mud.  The 34 Division had mixed success and was relieved by the 50th and 57th Divisions on 23 October. 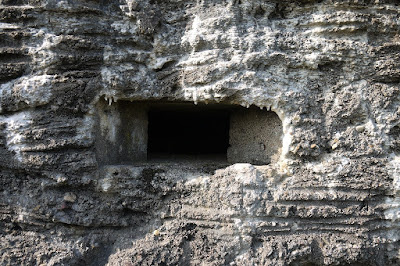 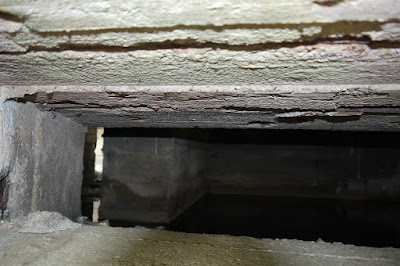 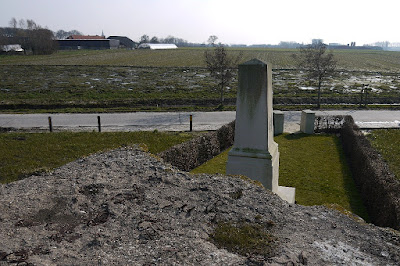 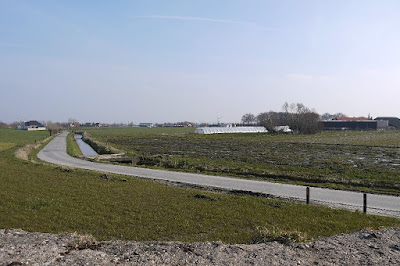 One can appreciate the difficulties of attacking such pillboxes, and the wide fields of fire this particular one enjoyed.


'They [the Artillery] had a very rough time in the muddy margins of the Broembeck, and they lost heavily, but they did right good service. The 152nd Brigade covered our front on the fatal 22nd, and fired seven thousand eight hundred and fifty-eight rounds on that day. An ordinary day's shooting was about two thousand three hundred rounds. After our departure they covered the fronts of the divisions that relieved us, and on the 26th they took their share in the attack by the 14th, 18th Corps and the French Army'.


The pioneers were also temporarily detached from the division to assist in laying railways through the newly captured ground. On 26th October, the Division received the following telegram from 5th Army:

'The 34th Division has shown the greatest pluck during its short stay in the 5th Army. Ill fortune and bad weather have prevented its operations being rewarded with complete success, but, despite this, the Division has contributed to the successful coarse of the great battle now in progress. Not the least of its achievements has been the fine work of its Pioneer Battalion on light railway construction'.

During October, of only which 16 days were spent in the forward area, the Division had a total of 303 Officers and Other ranks killed, 1,089 wounded and 405 killed.

Nearby is a small neglected private memorial to a French Brigadier of the 2e Regiment Chasseures, whose name is now hardly legible. The 34 Div. memorial is well known on the Ypres 'tourist' circuit, but I wonder how many people take the time to visit this memorial, or even realize the French took part in 3rd Ypres! 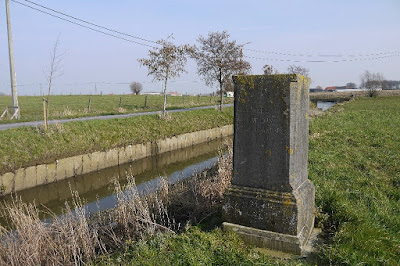 Above: Small private French memorial to a Brigadier 2e Chasseurs.