During a recent visit to The Brecks,  a pleasant walk around Santon Downham revealed  some interesting  military heritage of both World Wars.  First was the village war Memorial, in the form of a silhouette of British soldier that will be familiar to anyone with an interest in the Great War. 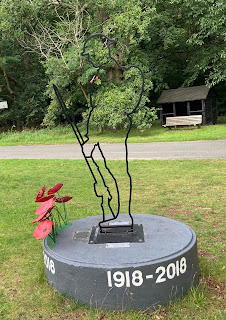 The bridge that crosses the Little Ouse was erected by the Canadians  as part of the logging line  from High Lodge to the sawmill near Santon Downham. This was part of the forestry operations set up by the Home Grown Timber Committee (set up in November 1915), which had powers to compulsorily purchase standing timber. No. 126 Company, Canadian Forestry Corps began to arrive in the Santon Downham Estate in April 1918. During WW2, the bridge was guarded by a spigot mortar, an example of the local hexagonal design within a raised concrete emplacement. 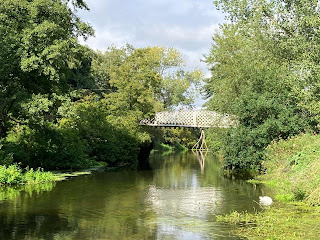 Above: bridge erected by the Canadians as part of the logging line. 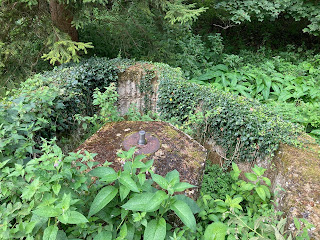 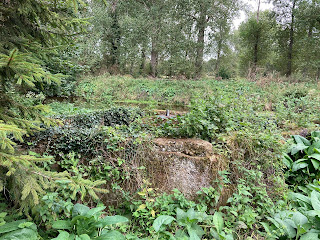