The 7th Armoured Division moved down from Casoria on 20th December 1943 to embark for Britain following its role in the Italian Campaign. It docked at Glasgow on 7 January 1944, and was soon on its way by train to Norfolk for training and recreation.  The 131 Brigade were billeted relatively comfortably in the Kings Lynn while the 22nd Armoured Brigade  were 'less fortunate' to be billeted in the Brandon area. 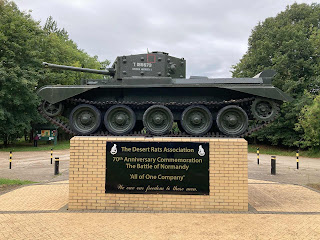 Above : Memorial to the 7th Armoured Division: The Desert Rats, Thetford Forest.

According to the Divisional History:

“Our misgivings had already been aroused by the publication of an article in "Country Life" which, while attributing the district considerable importance for both archaeology and ornithology, made it clear that it possessed few, if any, other amenities. "Country Life" was right. Eager watchers, at the windows of the long troop trains, saw flat black fenland give way to sandy heath; Brandon station gave a glimpse at least of houses and a pub; but the Troop Carrying Vehicles into which we detrained carried us inexorably away from this brief vision of paradise, farther and farther into the waste, depositing us mercilessly into groups of decayed Nissen huts, clustered beneath the tall pines. The 4th County of London Yeomanry were perhaps the most unfortunate, the greater part of their camp having been constructed well below the water-level for the district, and they glared enviously at their neighbours, perched on their sandy islands above the waste. NCOs complained of the inadequacy of one hut for their Platoons or Troops; Colour Serjeants enquired bitterly how they were expected to put the stores into "that there 'ole there", and deep inroads were made into the coal stocks before it was discovered that this commodity was, in England, severely rationed. “

Evidence of the camp can still be found in the pine forest today. 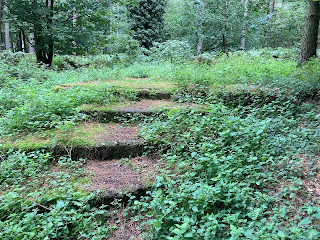 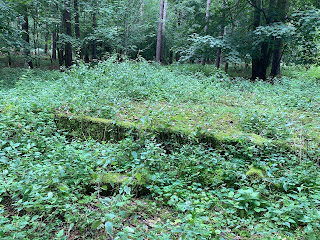 Above : Concrete bases in the area of the camps cook hut still visible in the forest. 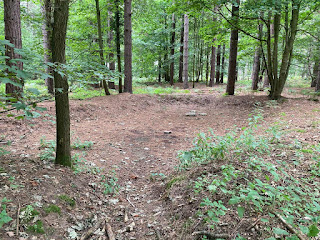 Above : Concrete base where one of the accommodation Nissan huts once stood. 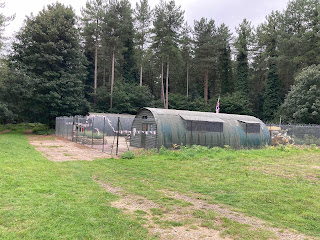 The Division spent its time in England resting and training for the Invasion of Europe. This required re-equipping with new, and in some cases unfamiliar weapons and vehicles. 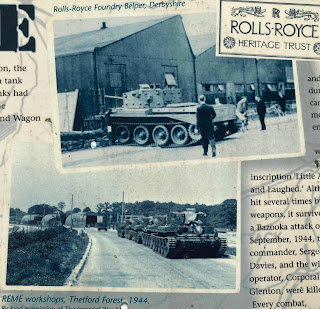 Above : Cromwell tanks of the 7th Armoured Division, Thetford Forest, one of the vehicles the Division had to learn how to handle. 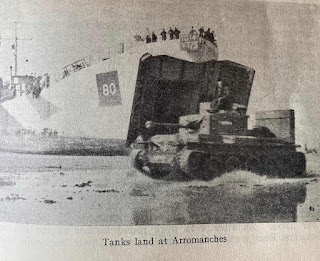 Above :  Combined Operations - tanks of the 7th Armoured Division  landing from LST on the Normandy beaches on 7 June.

I also came across a much less known camp site which accommodated men from the Polish 3rd Carpathian Division after the end of WWII near Knettishall Heath. 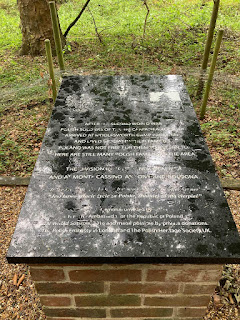 Above : Memorial to 3rd Carpathian Division.