I have already posted on the remains of the concrete bases for huts for this HAA battery. However following my last visit to TNA I have found some additional information on the site. It formed part of the Diver Strip, but was not a standard HAA site but known as a 'Welter Site'. The 'TA' series of Welter sites had two 3.7" HAA guns and 11 Bofors 40mm LAA guns.

Above: Location of Welter Site TA2


For Diver sites, radar could sweep an area with an arc of 30-110 deg. and had a range of up to 30,000 yards. The range that HAA sites could engage targets was 5,000 yards, for Welter sites it was 3,500 yards. Targets picked up on radar would be selected if they were likely to pass through the circle which would put them in range of the guns.
Although I am aware that the layout of most  Diver HAA sites was with the four guns arranged in a straight line, I have not yet found any details on the layout of Welter sites (if anyone has any details I would love to hear from you). 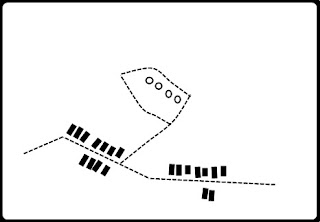 Above: Layout of a Diver Site (based on aerial photo) with guns arranged in a line with accommodation huts, stores, workshops etc nearby.


Last weekend I made a return visit to the site, mainly to map the remaining traces of the anti-landing trenches nearby. These have been in-filled and remain only as depressions. I also came across some large pits/depressions which possibly could be the remains of some of the gun positions. 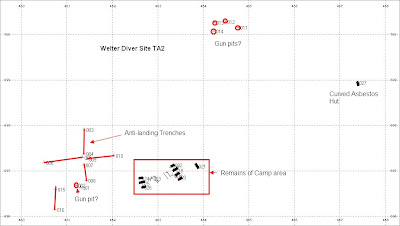 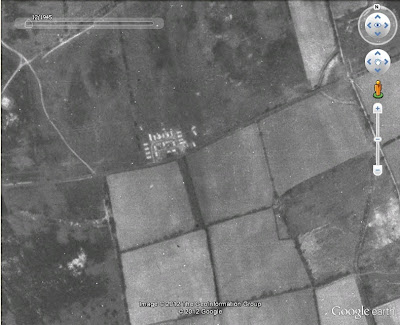 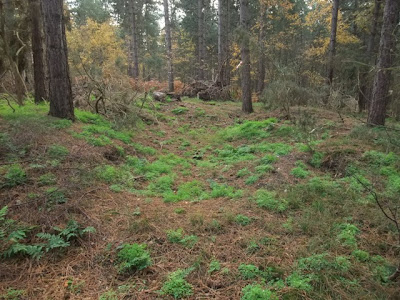 
Following this I had a walk in the area and found another site with a substantial number of practice slit and crawl trenches. so all in all a very productive day! 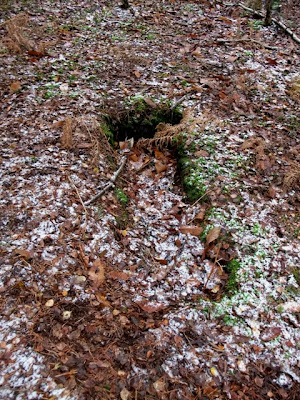 Above: Remains of weapons-slit, Westleton Heath
Posted by Dave at 04:13