Oulton Street airfield opened in July 1940 as a satellite of Horsham St Faith and was a base for Blenheims. Later, it was expanded and was home to both RAF and USAAF Fortresses.  Little now remains of the airfield, except part of the runways and a few huts. It is now all private farmland. 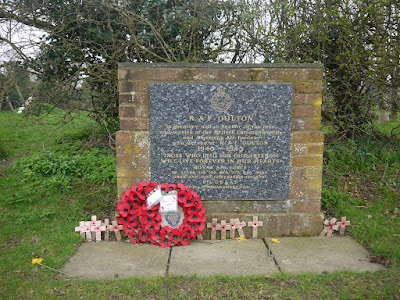 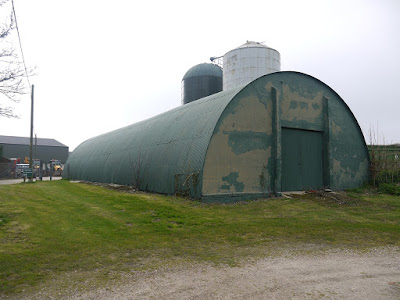 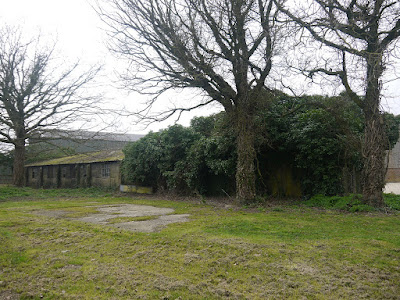 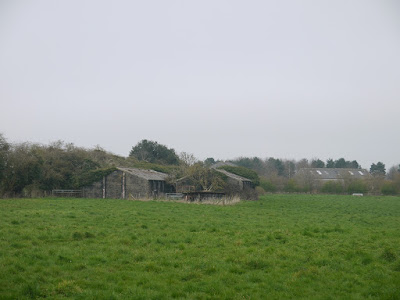 Above: Memorial to RAF Oulton Street and some of the remaining buildings.

At least two pillboxes remain of Oulton airfield’s defences. Both are octagonal and were built to house a Vickers machine gun, but are slightly different in design to each other. Both are unique designs, a feature that seems to be quite common to pillboxes defending RAF installations. The larger pillbox has a large but narrow embrasure for a Vickers and six rifle/light machine gun embrasures. There is a large semi-circular table for the Vickers tripod.  There are two parallel anti-ricochet walls either side of the Vickers embrasure. There is a low entrance protected by an ‘L’ shaped blast wall. 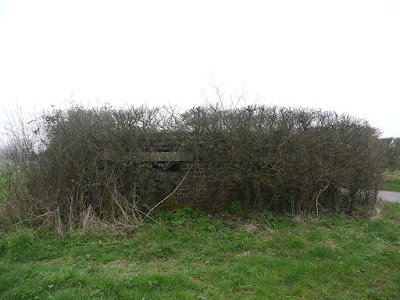 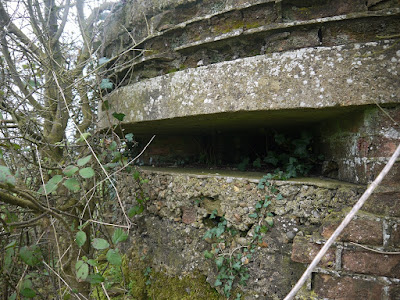 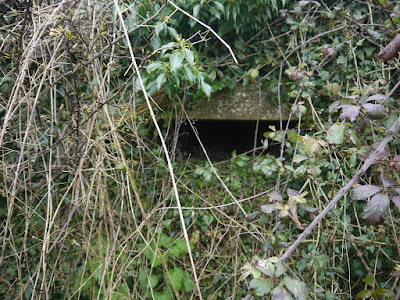 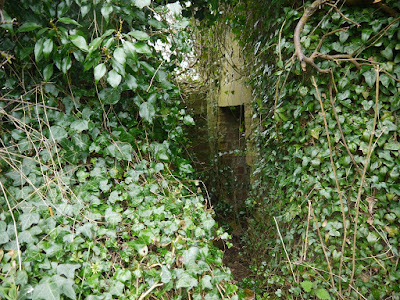 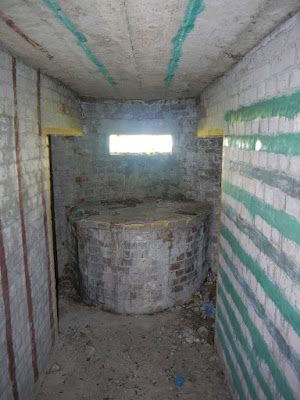 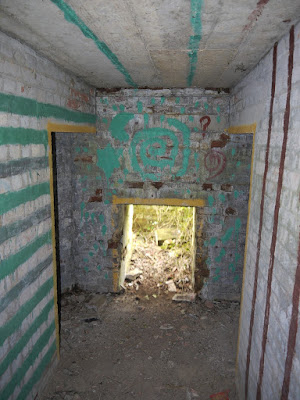 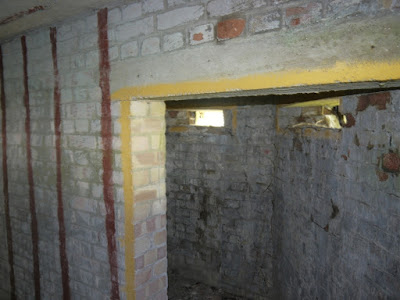 Above: The larger of the two pillboxes.

The second pillbox is also octagonal but smaller. It to has a semi-circular platform for a Vickers machine gun, but this projects from the wall of the pillbox. There is a massive concrete overhang roof to protect this projection. There are only two rifle/light machin gun embrasures on the rear walls. It's entrance is also protected by an L shaped blast wall. 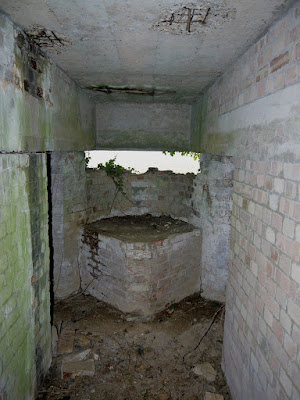 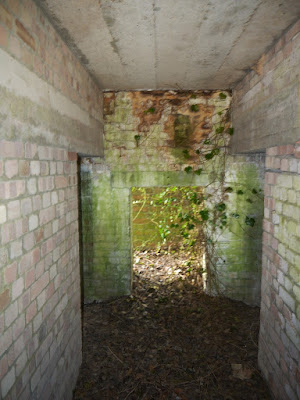 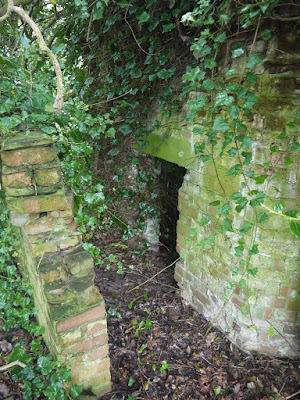 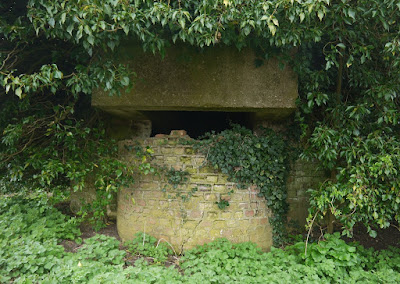 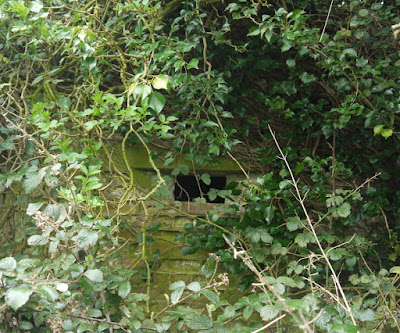 Above: The smaller of the two pillboxes.