Pillboxes at Brampton, Burgh next Aylsham and Aylsham: The FII Stop Line, Norfolk

A long weekend in Norfolk allowed for a bit of pillbox hunting. On the way up, we took in some of the defences of stop line FII, which uses the River Brue and the Broads as anti-tank obstacles (the Broads has little in the way of concrete defences, defence instead relying largely on the river patrols). However, crossings over the Brue between Wroxham and Aylsham are defended by pillboxes and anti-tank cubes. We visited some of the defences at Brampton, Burgh next Aylsham and Aylsham. This was a divisional stop line – i.e. it was intended to delay or act as a deterrent to enemy armour rather than halt it completely (corps stop lines and the GHQ stop line on the other hand were intended to bring enemy armour to a halt).

The bridge over the Brue at Brampton has the classic stop-line defences of anti-tank cubes and a mined bridge covered by a type 22 pillbox. The anti-tank cubes are 5ft square and block the immediate approach to the bridge from the sides; the two on opposite sides of the bridge have iron rails set into them to take further rails to block the road. The bridge would also have been prepared for demolition. 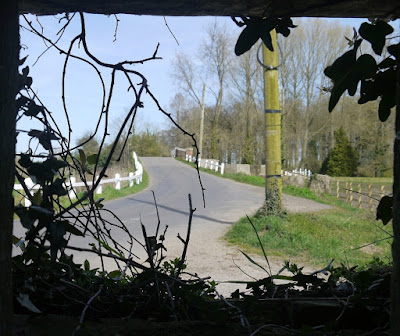 Above: View of the bridge at Brampton from one of the pillbox loopholes. 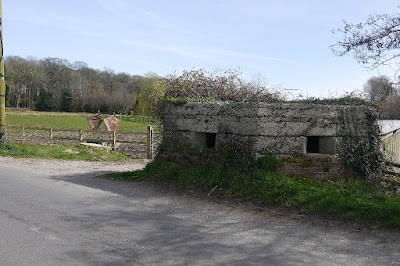 Above: The Type 22 pillbox at Brampton 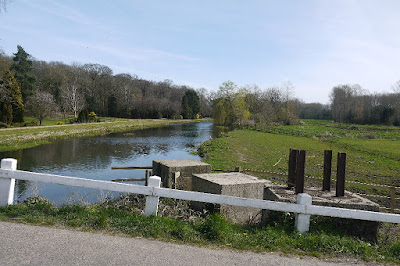 Anti-tank blocks guarding the approach to the bridge from the flanks. Note the iron rails set into one of the cubes that would have taken a rail to block the bridge. 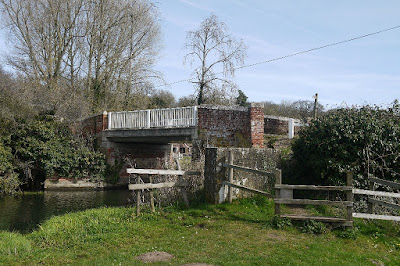 The anti-tank blocks on the other side of the bridge. A block (hidden in the ivy) has rails set into it as well to take the road blcok 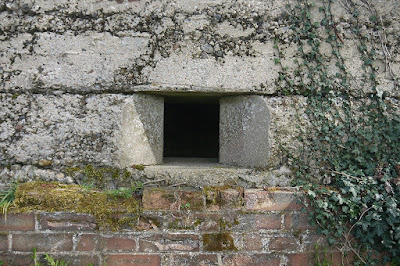 One of the loopholes 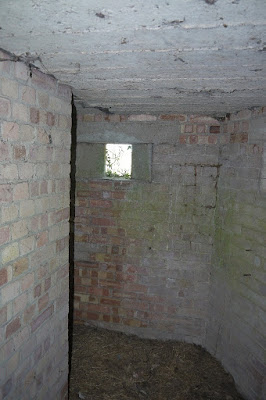 The neat interior of the pillbox. 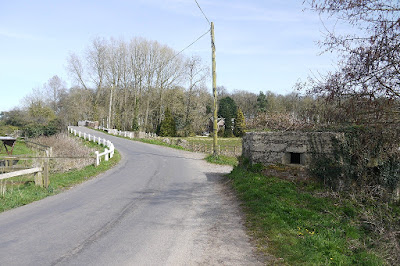 The pillbox, anti-tank cubes and bridge at Brampton

At Burgh next Aylsham, eight anti-tank blocks also block the approach to the bridge from the sides, but there is no pillbox defending the bridge. 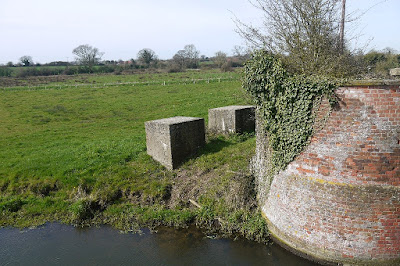 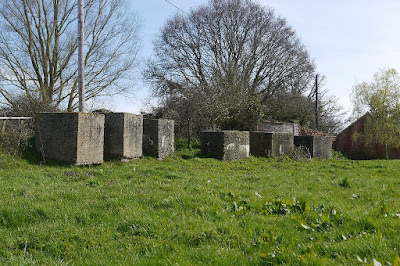 Above: The anti-tank cubes at Burgh next Aylsham 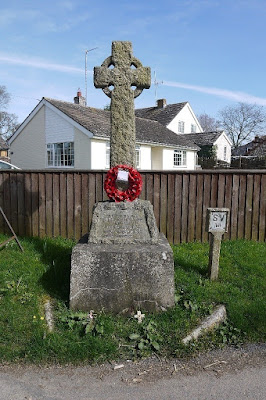 Above: The Burgh next Aylsham War Memorial

Aylsham is a nodal point and was defended by numerous pillboxes, of which at least three survive today. Of these, I was interested in a pillbox built onto a wall of a water mill – apparently constructed by the Ministry for Food to defend the water mill - and constructed by sandbags filled with cement. The most recent information on the internet suggested concern for the future of this pillbox as planning permission had been given for conversion of the old water mill into residential flats. I am glad to say that the pillbox is still extant. 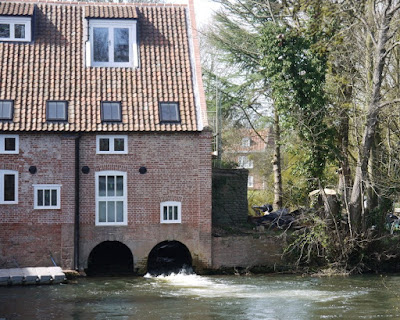 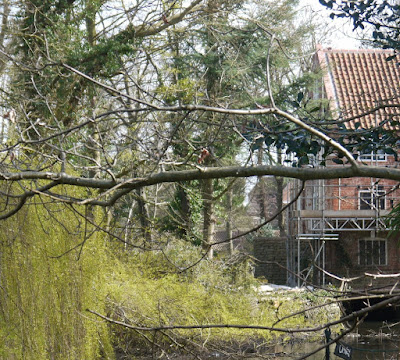 Above: The pillbox constructed from sandbags on the end of a wall of the water mill at Aylsham.