Although many anti-tank gun pillboxes (Type 28 and 28a) were constructed throughout the country on either the GHQ Line or various Corps Stop Lines, how many actually had guns mounted in them is another matter. Certainly work on the GHQ Stop Line was halted before many (if any at all) were actually installed. On the Corps Lines in was another matter - certainly in Suffolk the defences on the Eastern Command Line were being maintained until 1941 at least (although again, given the shortage of anti-tank guns during the period 1940-41 most would have been installed for Coastal Defence rather than interior Stop Lines). However at Ballingham Bridge, Sudbury a six pounder gun was installed in a Type 28 pillbox according to documents at TNA. Today this pillbox still exists.  It would appear to be a variant of the standard design in that it has a non standard arrangement of embrasures for Bren guns / rifles. It also has a porch entrance.Whether it was built to a standard Type 28 design and then modified when allocated a six pounder gun, I don't know. Most likely, it was constructed specifically to fit in with the location. The holdfast for the six pounder can still be seen. Just to the rear of the pillbox another building can be seen, which appears to be a typical Home Guard store.
6th Royal Sussex (15th Div - Covehithe-Benacre area) now on website, although I'm still not happy with the map quality!!
Photo 1: Type 28 covering Ballingham Bridge, Sudbury, Eastern Command Line
Photo 2-4: Embrasures for infantry weapons
Photo 5: Holdfast for 6 Pounder anti-tank gun
Photo 6: Rear of pillbox (picture taken from disused railway line)
Photo 7: Plan (not to scale) showing atypical embrasures for infantry weapons
Photo 8: Military building - presumably Home Guard Store. 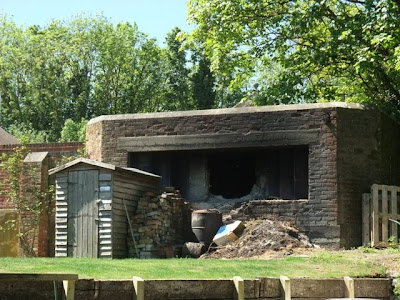 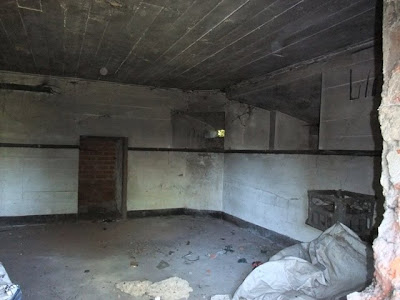 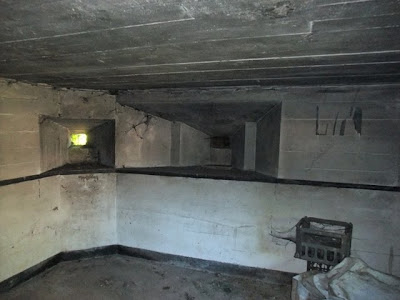 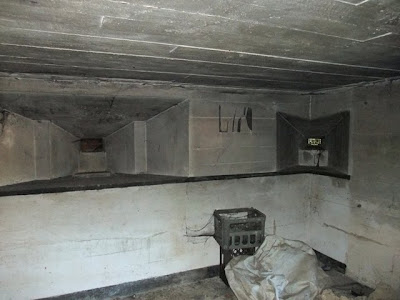 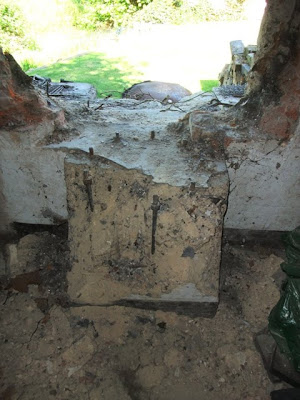 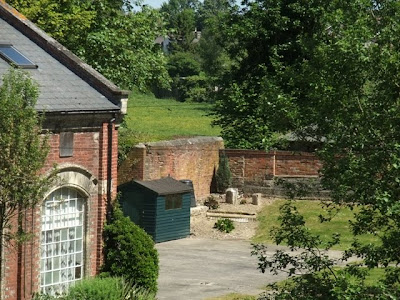 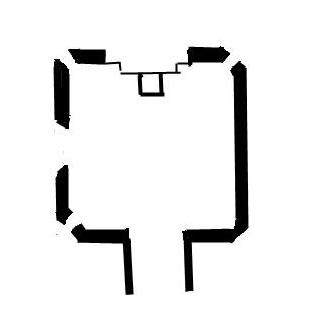 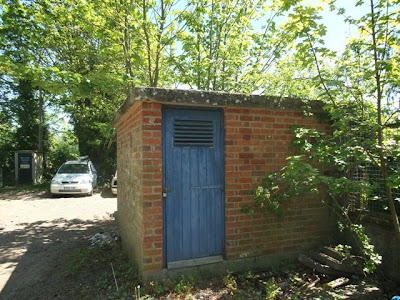