Some heathland restoration at Walberswick has revealed what appears to be a rubbish dump with many old bottles and bits of pottery. Also nearby what I assume is a WW2 earthwork - proof of military presence is provided by a large angle iron picket and a short screw picket which I came across.
At least one piece of pottery is war time (and is similar to that I've already posted on, found at Westleton). Its stamped Alfred Meakin and dated 1942. This pottery was set up in 1875 and operated from Royal Albert, Victoria and Highgate Potteries in Tunstall (Stoke on Trent). It was bought by the Johnson Family in 1908 and was known as Alfred Meakin (Tunstall) Ltd until acquired by Myott, Son & Co ltd in 1976. In 1991 it was acquired by the Churchill Group.
Image 1: Presumably a WW2 earthwork
Image 2: Large angle iron picket
Image 3: Pottery and enamelled mug and sieve - do these date from the war??
Image 4: Alfred Meakin pottery stamp
Image 5: GPS plan of presumed military earthwork 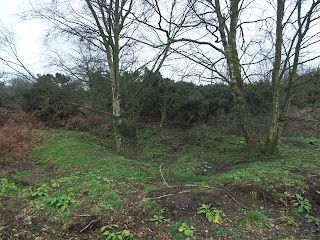 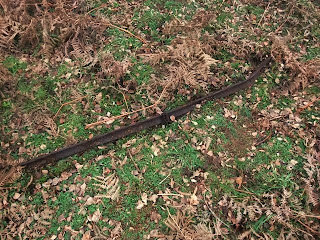 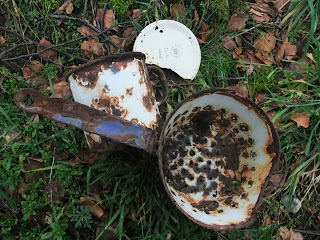 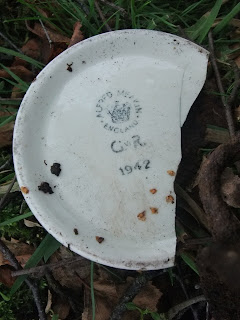 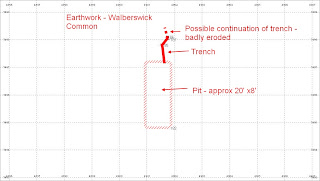